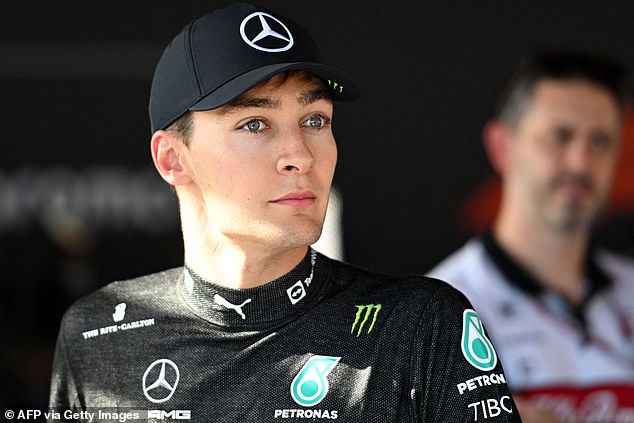 ‘We want change’: George Russell backs F1’s decision to ‘reduce or eliminate’ porpoising on medical grounds even if it HARMS Mercedes’ chances of catching Red Bull in championship race

George Russell has welcomed the FIA’s decision to ‘reduce or eliminate’ porpoising after Lewis Hamilton suffered with severe back pain in the Azerbaijan Grand Prix. We, as drivers, have spoken about this, that we want change moving forward because what we went through last weekend wasn’t sustainable. You’re either porpoising and you’re hitting the ground or you have no porpoising so you’re running the car very close to the ground and you’re bottoming. Russell’s comments come shortly after Formula One’s governing body released the following statement: ‘The FIA, as the governing body of the sport, has decided that, in the interests of safety, it is necessary to intervene to require that the teams make the necessary adjustments to reduce or to eliminate this phenomenon [of porpoising]. ‘The FIA has decided to intervene following consultation with its doctors in the interests of safety of the drivers.