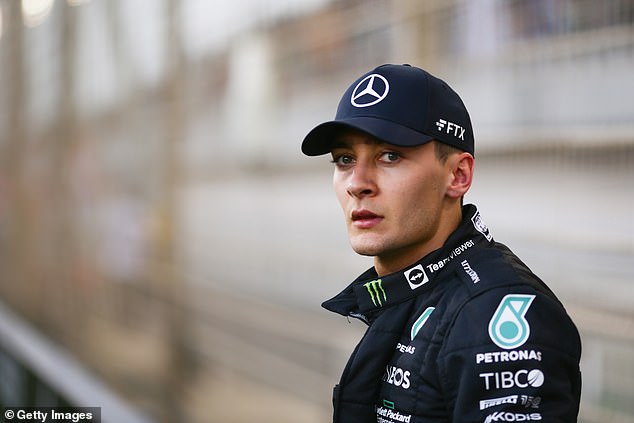 ‘We truly just don’t know how long it will take’: George Russell warns Mercedes’ woes could last the ENTIRE season after disappointing Bahrain GP showing… as he admits the team are ‘struggling to find’ solution

George Russell insists ‘there is no reasons why’ Mercedes’ early-season woes will not last for the entire campaign. ‘We hope it will be as soon as possible,’ Russell said. Mercedes team principal Toto Wolff meanwhile said he does not believe there is a ‘significant’ difference between Ferrari and his team’s power units, with the former claiming the first two spots in Bahrain through Charles Leclerc and Carlos Sainz. ‘I don’t think there is a significant difference between the power units of the different manufacturers, although Ferrari’s progress is obvious,’ he said. ‘At the moment, I don’t think we will be competing for wins,’ said Hamilton. ‘I think Ferrari look to be the quickest, perhaps Red Bull and then maybe us or McLaren, I don’t know.