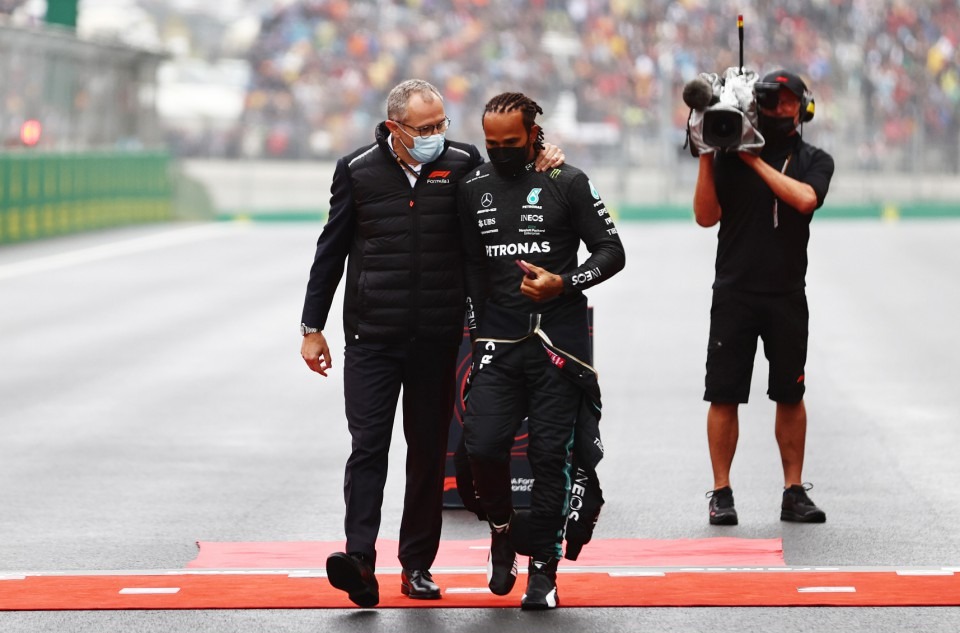 LEWIS HAMILTON blasted his Mercedes team after they blew his chance of a podium in Turkey and fears it could wreck his championship. Unhappy Hamilton said the strategy call cost him third place and that he should have ignored the team’s call to pit for new tyres. Hamilton was quizzed if Merc’s decision-making could impact on his chances of winning a record eighth world title. The flashpoint happened over the final laps of their otherwise dreary race when Mercedes called Hamilton in for new intermediate tyres. Hamilton was told to pit to which he replied “Why?”. Mercedes boss Toto Wolff defended the team’s decision to call Hamilton in for new tyres through fear of them exploding before the end of the race. The tyre boss said: “Looking at the tyres after the race I would say no or it would have very much been on the limit….really really at the limit.