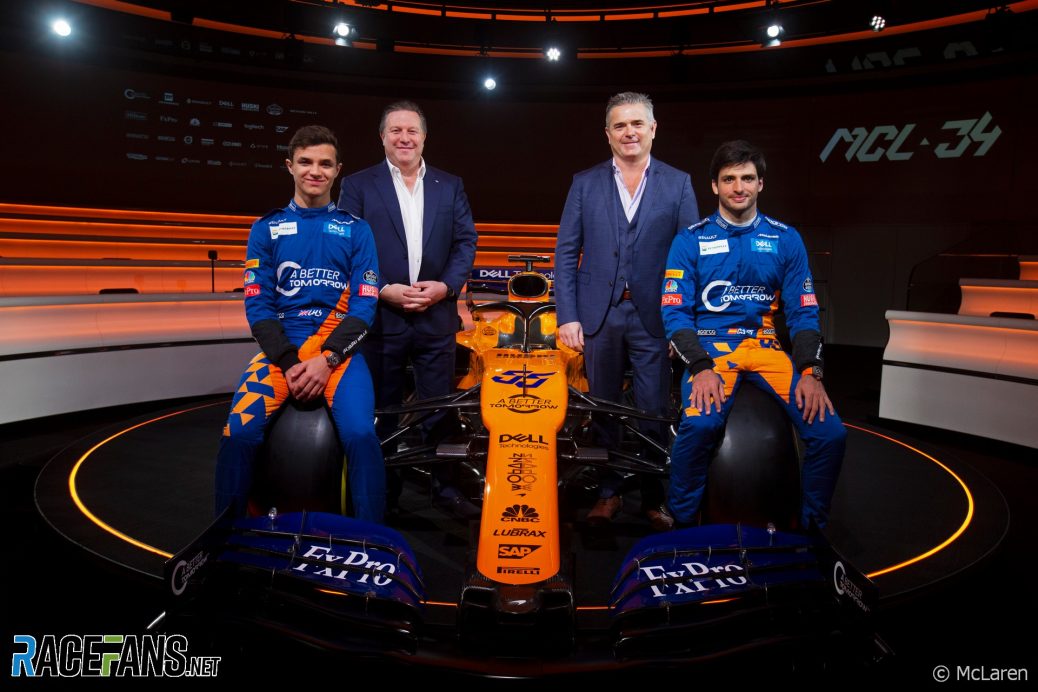 “We got that wrong”: Brown says McLaren expected too much from first year with Renault | 2019 F1 season

McLaren Racing CEO Zak Brown admits the team set its sights too high for its first year with Renault power last season and intends to deliver a “big step forward” in 2019.
Speaking at the launch of the MCL34, the team’s second Renault-powered car, Brown said the team was too optimistic about how quickly its performance would improve after splitting from Honda.
Zak Brown: “And we got that wrong.”
Zak Brown: “We’ve made a lot of changes as all of you know both structurally, operationally – some new people – and so this is a very important year to show forward progress.”