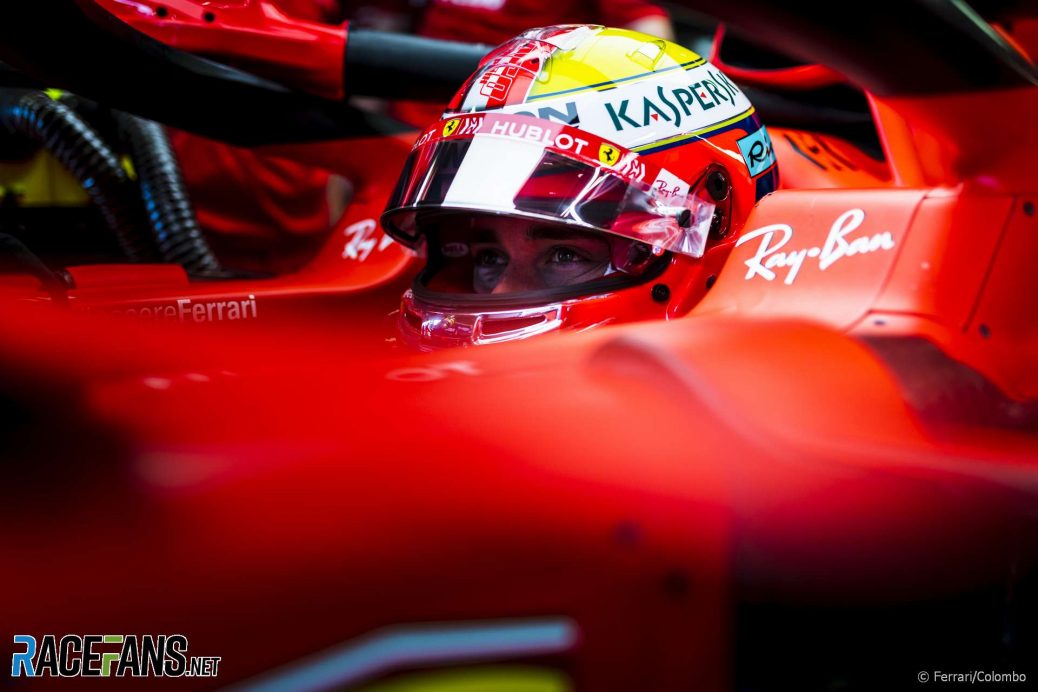 Having initially set a best time of 1’12.149, Leclerc suffered a lock-up at Rascasse which caused a flat-spot on his tyres.
Once that was done Leclerc asked the team whether he should run again.
However as other drivers improved their times Leclerc continued to fall down the order.
When team mate Sebastian Vettel moved up with his last lap, it pushed Leclerc into the drop zone by 0.173 seconds.
To Leclerc:; (Leclerc is pushed back to the weigh bridge).
Leclerc:; Do we have to go again?
We’ll get ready Charles, but we don’t really have to go.