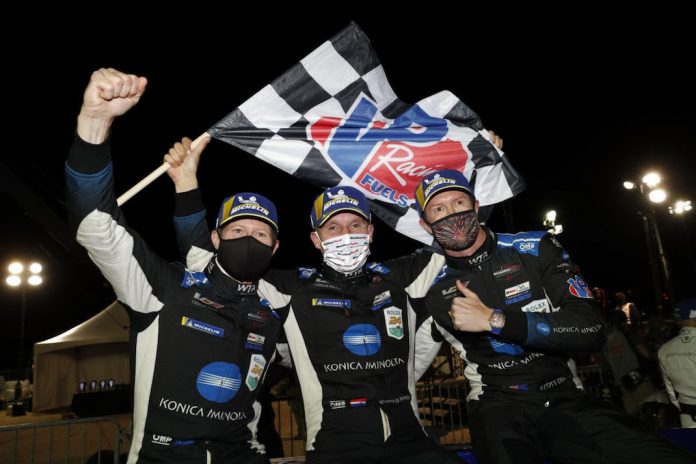 BRASELTON, Ga. — Ryan Briscoe and Renger van der Zande extended their points lead in the IMSA Weather Tech SportsCar Championship with a surprise victory in the 23rd annual Motul Petit Le Mans at Michelin Raceway Road Atlanta. The leaders were rarely separated by more than a second over the last 60 minutes of the race, with Taylor putting Derani under extreme pressure on several occasions. Van der Zande cut about 10 seconds of his deficit to the leaders in the final hour, but he appeared too far behind to think about victory until Taylor and Derani clashed. “I was just chipping it down and chipping it down,” van der Zande said. Briscoe and van der Zande opened an eight-point gap over Taylor and Castroneves in the DPi point standings, with Derani third, 12 points behind the leaders. Derani was extremely unhappy with Taylor, and went to the Penske pit to exchange words with his rival after the race.