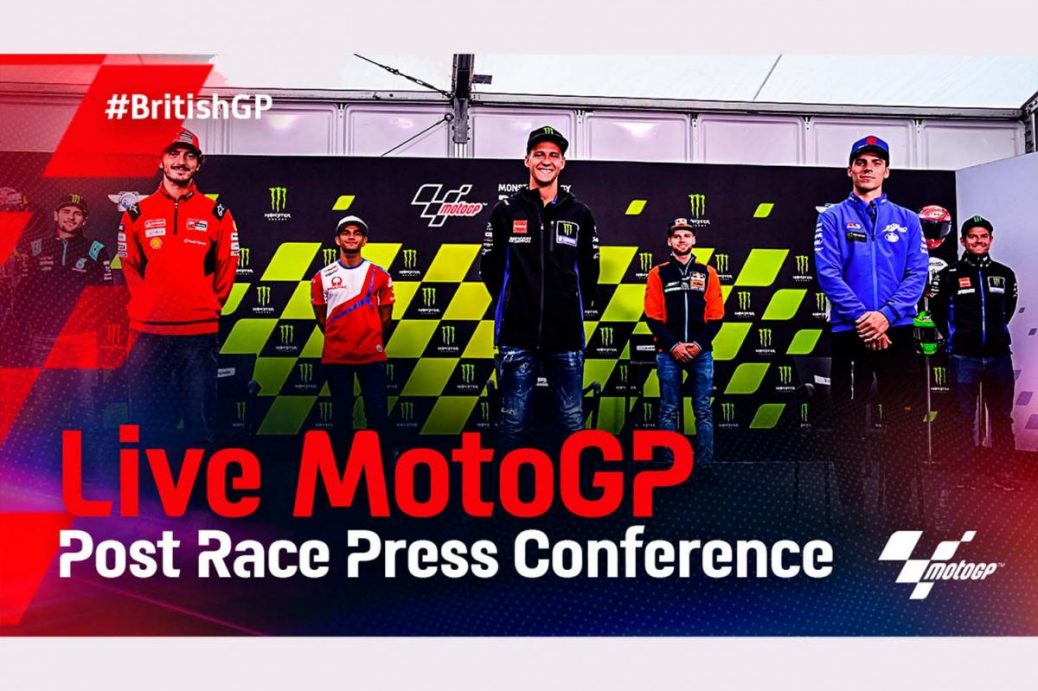 Watch the Press Conference and After the Flag on YouTube!

On Sunday at the Monster Energy British Grand Prix, the MotoGP™ post-race Press Conference and After the Flag can be watched live on YouTube. The Press Conference will get underway straight after the premier class race is finished, scheduled at 14:45 local time (GMT+1), with After the Flag getting underway at 17:30 after racing has concluded at Silverstone. Nakagami was the last rider to earn pole position for Honda until Pol Espargaro’s efforts at Silverstone.