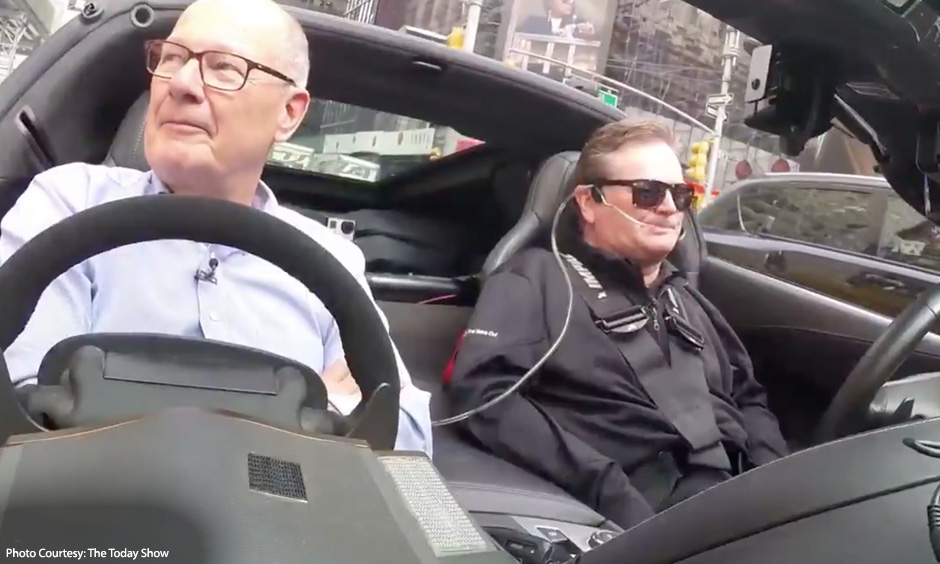 Sam Schmidt had only seen New York City streets as a passenger before this.
NBC ‘s “TODAY” featured the Arrow Electronics Chevrolet Corvette that allows Schmidt, the Verizon IndyCar Series team co-owner and former racer who is paralyzed from the neck down, to drive for himself.
During the segment that aired Thursday, reporter Harry Smith learned how Schmidt pilots the car.
There’s a tube that allows Schmidt to control the speed — exhale to accelerate, inhale to brake — and glasses that move the steering wheel as Schmidt moves his head.
It all comes together for a horsepower ride that predictably turned heads in New York City.