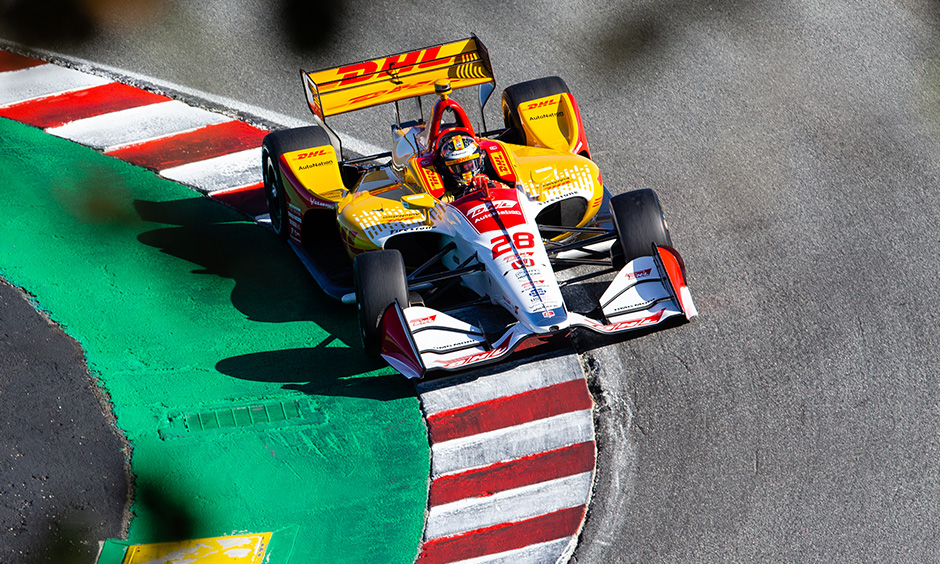 Overshadowed in the final NTT IndyCar Series race of the season was Ryan Hunter-Reay’s exciting drive at WeatherTech Raceway Laguna Seca.
Hunter-Reay didn’t just lose a little track position, he lost all of it.
What followed was a spirited drive that didn’t get the attention it deserved due to the fight for the championship, Felix Rosenqvist’s move through the field to claim Rookie-of-the-Year honors and Colton Herta’s dominating victory.
“We had a fun day out there, and I passed a lot of cars,” Hunter-Reay said after the Firestone Grand Prix of Monterey.
Ryan Hunter-Reay: “But it made it more work than it needed to be.”