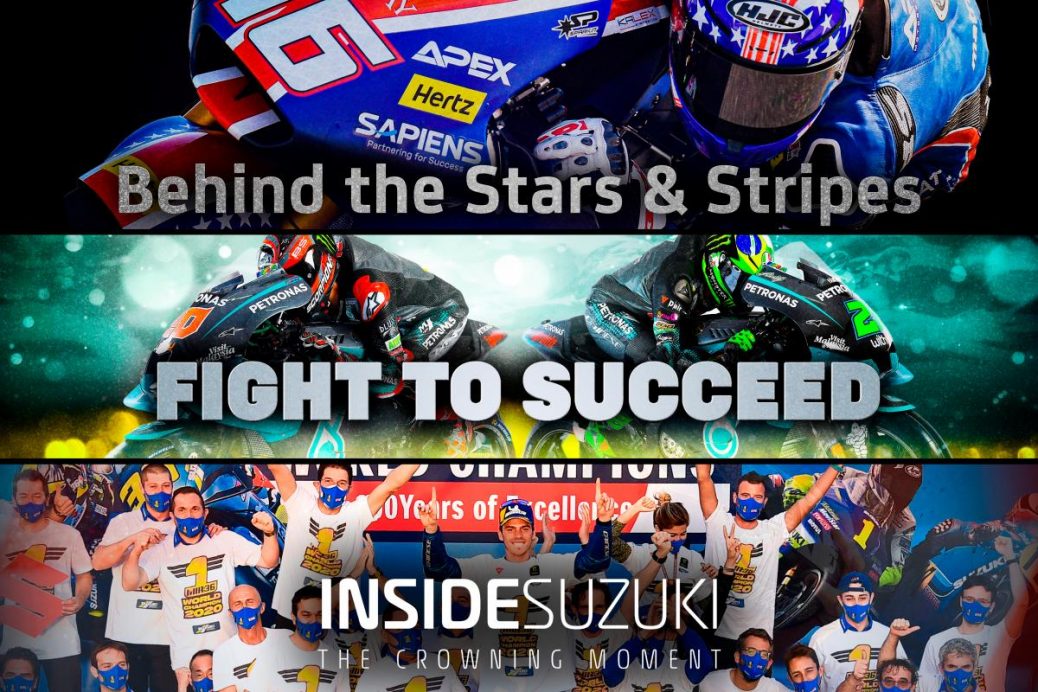 Ahead of the 2021 MotoGP™ season kicking off with the Official Qatar Test, motogp.com released three sensational docuseries that give fans exclusive behind the scenes access to three teams in the Grand Prix paddock. INSIDE SUZUKI: THE CROWNING MOMENT:The four-part series follows Team Suzuki Ecstar and Joan Mir at the 2020 Valencia Grand Prix, the weekend Mir became MotoGP™ World Champion for the first time. BEHIND THE STARS AND STRIPES: Behind The Stars And Stripes is a three-part series that documents Joe Roberts’ 2020 season with Tennor American Racing. Like the other two, it’s a must-watch for any MotoGP™ fan!.