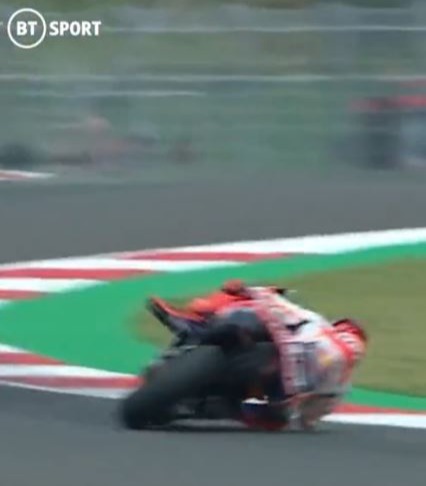 MOTOGP star Marc Marquez somehow walked away relatively unharmed after being THROWN off his bike at 115mph. Marquez somehow stood up with his own two feet and gingerly walked away from the scene of the crash as medics rushed to his aid. Marquez was diagnosed with a concussion after the appalling crash but apart from that he emerged relatively unharmed. BT Sport commentator Gavin Emmett said: “That’s a shocking crash for Marc Marquez. “He must have been 12 to 15 feet in the air the Repsol Honda man.”. Marquez had already crashed twice in qualifying BEFORE the horror smash that ruled him out of the main race.