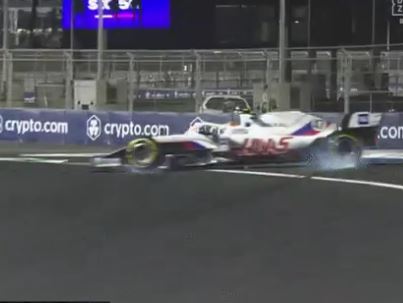 MICK SCHUMACHER suffered a high-speed crash in the first of TWO red flags at the Saudi Arabia Grand Prix. This was bad news for Hamilton as he and teammate Valtteri Bottas had pitted but Verstappen had not. After being made aware of the news, a frustrated Hamilton could not believe the stewards’ decision to red flag the race. Esteban Ocon also passed Hamilton, but Verstappen’s move was looked at by the stewards and he was subsequently demoted to third. All the commotion meant Ocon would restart the race in pole position, with Hamilton second and Verstappen third. In the third restart of the race it was Verstappen who dove down the inside to overtake Hamilton and then Ocon to take the lead once more.