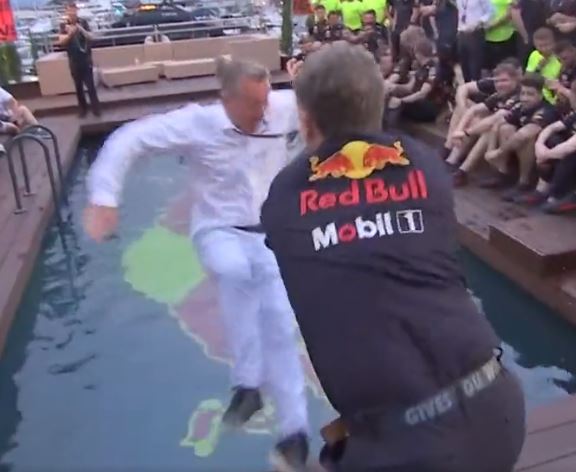 CHRISTIAN HORNER pushed a reporter into a swimming pool during Red Bull’s raucous Monaco Grand Prix celebrations. Sergio Perez clinched Red Bull’s fifth victory of the 2022 season with a stunning drive in the Principality. Slater remained cool, calm and collected and even continued to question Horner after hopping out of the pool. A soaking Slater vowed: “Christian Horner, I’ll get him back one day – one day.”. After the race, Perez, 32, seemingly hinted that he’d inked a new deal with Red Bull, saying: “I signed too early.”. Horner was quick to hail the Mexican for his drive, saying: “He just needs to keep doing what he’s doing.