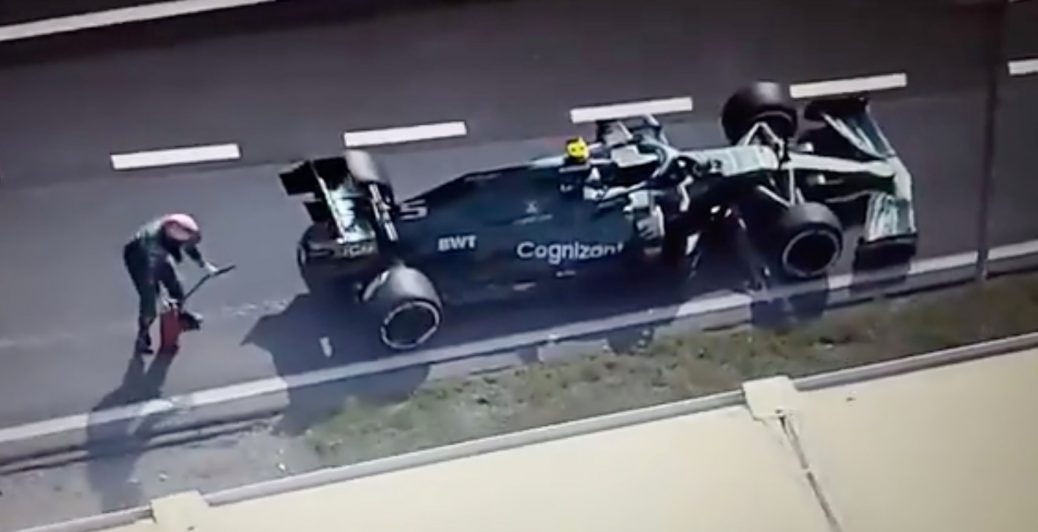 SEBASTIAN VETTEL was forced to run for the fire extinguisher after his car set alight during Dutch Grand Prix practice on Friday. During the opening session of the weekend, the four-time world champion had to pull over to the side of the track following an engine failure. Vettel jumped out of his Aston Martin and it swiftly became apparent his car was on fire. Vettel had pulled over by the pit exit and so the session was red flagged as a result. It took 40 minutes for the session to be restarted, a delay which left many frustrated. After the session, Vettel tweeted a picture of him looking downbeat in his car and simply added: “Mood.”.