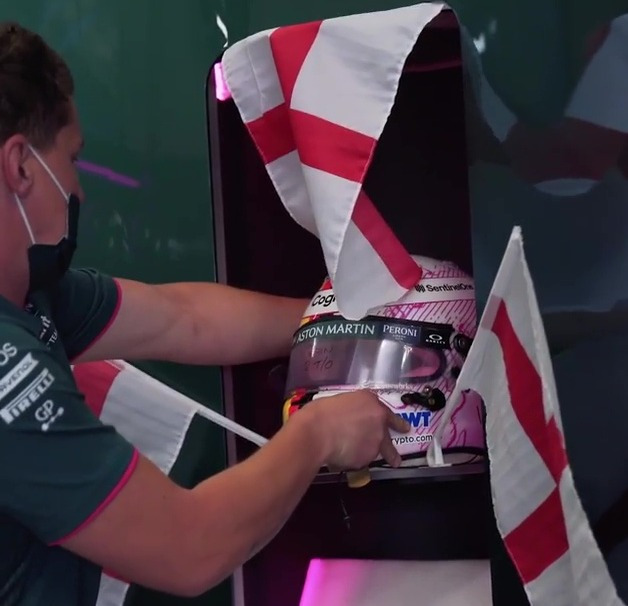 F1 ICON Sebastian Vettel has been mocked by Aston Martin after the British-based team planted England flags around his helmet. Knowing Vettel was approaching the paddock, his team-mates planted England flags around his helmet. Vettel appreciated the harmless banter and even began waving an England flag while laughing with his colleagues. England fans will be hoping Vettel receives more banter from his Aston Martin colleagues in the coming days as they aim to become European champions for the first time. Vettel will be confident of challenging in the Aston Martin after securing P2 at the Azerbaijan Grand Prix last month.