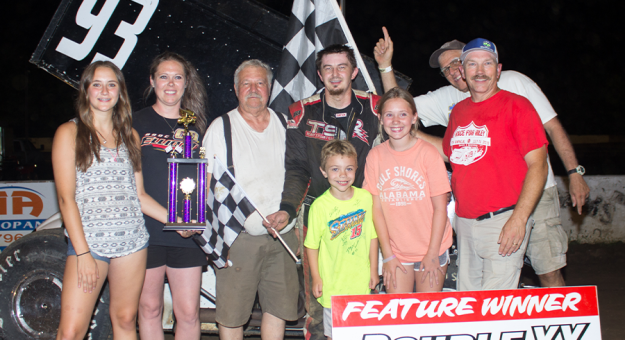 – Taylor Walton earned the 360 winged sprint car victory on Sunday night at Double X Speedway. 93 earned his second feature victory of the season, after beating Jack Wagner and Samuel Wagner in the feature. The super stock feature would go to Dale Berry, while the B-mod main event would be captured by Colson Kirk.