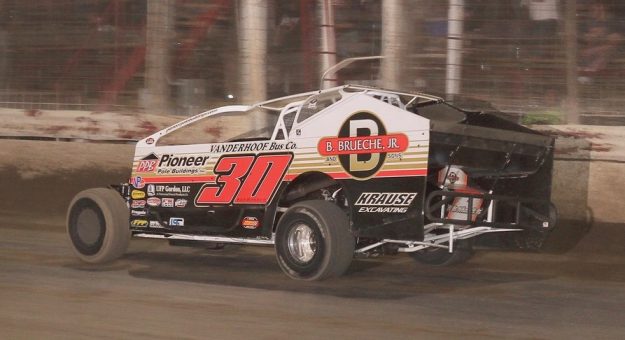 BECHTELSVILLE, Pa. — Craig Von Dohren worked his magic once again to top  the NASCAR 358 Tri-Track Modified Series to win their 30-lap feature Tuesday night at Grandview Speedway. Billy Pauch Jr. took the 24- car 358 Modified field down to the green flag grabbing the lead on the start while Von Dohren moved into the second position. Pauch led the early stages of the event with Von Dohren and Jared Umbenhauer — aboard the Breitenstein No. While the battle up front stayed solid all eyes were on Brett Kressley. Von Dohren race side-by-side with Pauch on the restart into turn 1 overtaking the lead by the time lap 20 clicked off.