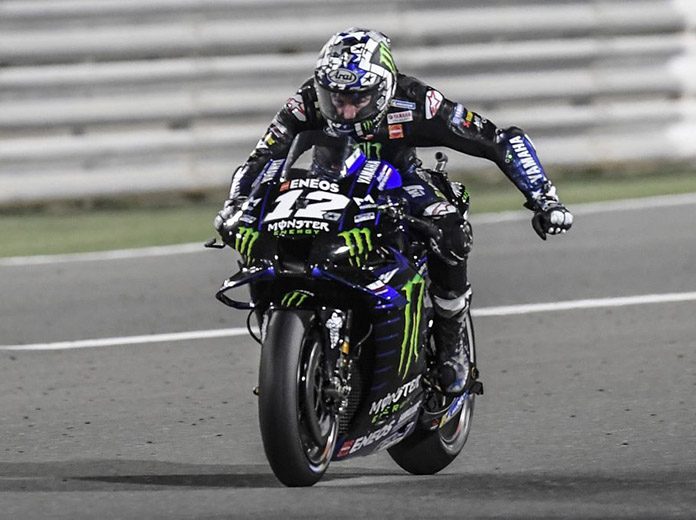 LUSAIL, Qatar – Maverick Viñales opened the MotoGP season in fantastic form by winning Sunday’s Grand Prix of Qatar at the Losail Int’l Circuit. Viñales was ninth through the first sector on the first lap, but that was as low as he would be during the race. One lap later Viñales was around Zarco for second, leaving just Bagnaia to chase down. On the 15th circuit Viñales moved to the point, slipping past Bagnaia in turn 10 to gain the race lead. He would go on to lead the rest of the race to earn the victory, his ninth in MotoGP. It’s been a while since I last overtook so many riders in one race,” Viñales said.