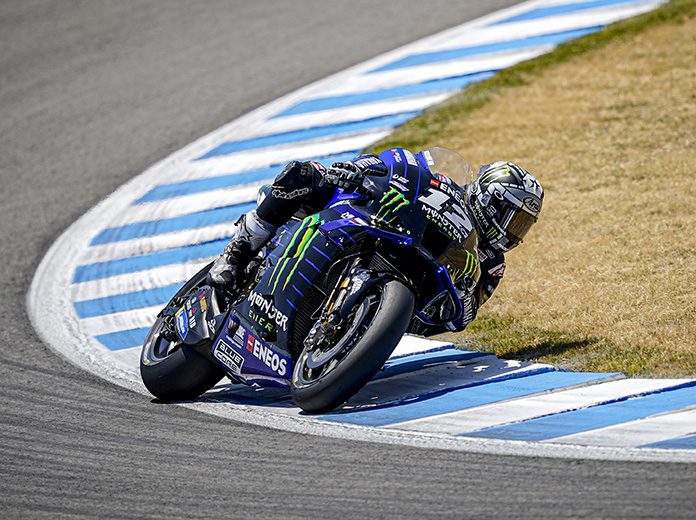 JEREZ DE LA FRONTERA, Spain – Maverick Vinales kicked off the second round of the MotoGP season by pacing the first day of practice at Circuito de Jerez-Ángel Nieto on Friday. Vinales led the way thanks to his top time of 1:37.063, which came during the first of two practice sessions at the Spanish facility. He was fifth fastest in the second session, but his time from the first practice proved to be the fastest overall of the day. “Lap by lap and practice by practice I’m feeling better. So, we need to keep working in this way, because I think that‘s the way to bring the bike to the top. “We also worked a lot on the front tire, and the feeling is good – better than it was last week.