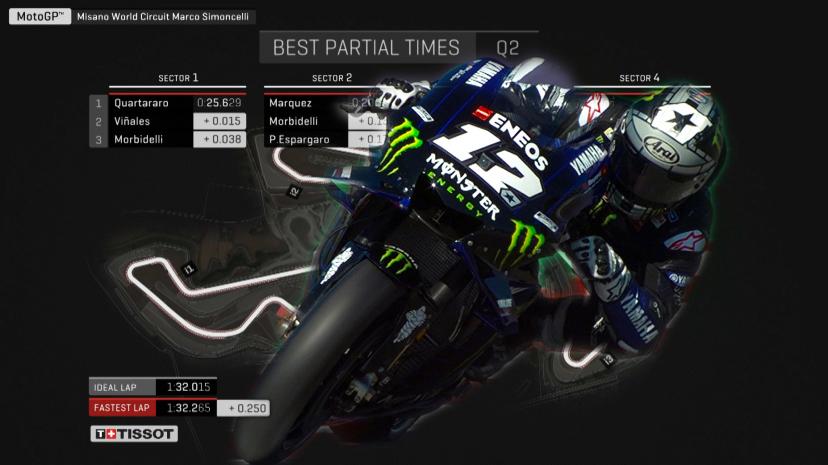 Maverick Viñales (Monster Energy Yamaha MotoGP) has qualified on pole position for the eighth time in the premier class of Grand Prix racing, equalling Luca Cadalora.
With Espargaro in second, this is the best qualifying result for a KTM rider in the MotoGP™ class, beating the third-place set by Johann Zarco (Red Bull KTM Factory Racing) earlier this year in Brno, and the second front row start for the Austrian manufacturer.
Valentino Rossi (Monster Energy Yamaha MotoGP), who is the most successful rider in the premier class at Misano along with Jorge Lorenzo (Repsol Honda Team) with three wins each, has qualified in seventh place for the second successive year.