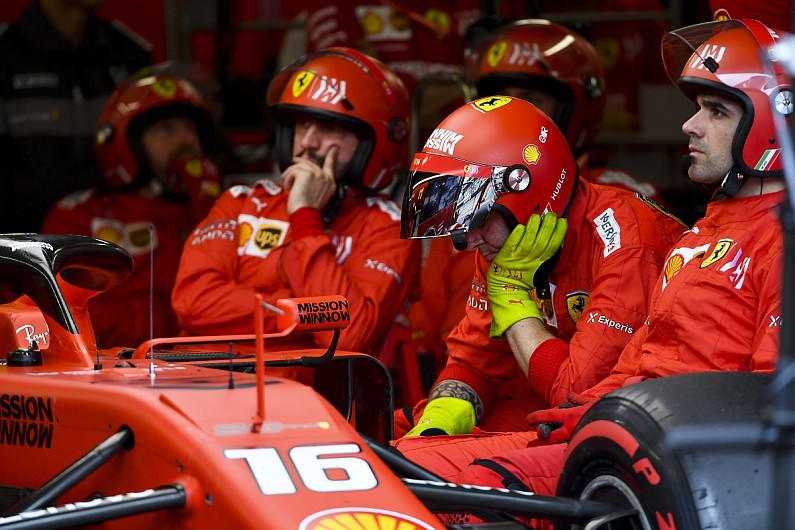 Video: The Ferrari weakness covered up by its 2019 F1 car issues

Most of the focus on Ferrari’s tough start to the 2019 Formula 1 season has been on its inability to get the best out of its car on each weekend.
But beyond those problems, another weakness from Maranello has emerged in recent races – an operational problem, which must be addressed once Ferrari starts getting the most out of the SF90.
Edd Straw and Scott Mitchell join Glenn Freeman to go back through Ferrari’s season so far, picking out the strategic errors it has made and highlighting the areas in which it needs sharpen up its act over the rest of the year.