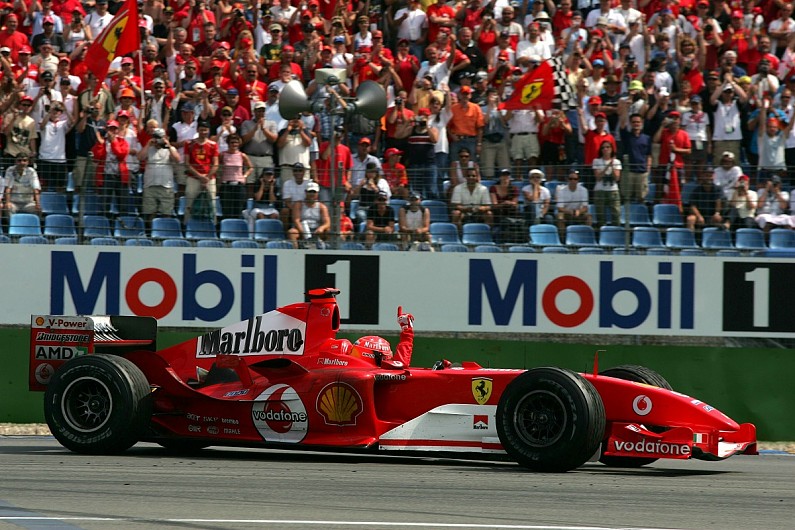 Video: The F1 car so good it shocked Ferrari

Such dominance seemed inevitable by the time the season was in full swing, but the F2004’s leap in performance compared to its predecessor was so big that Ferrari was convinced it had done something wrong when it hit the track for the first time months earlier – even if drivers Michael Schumacher and Rubens Barrichello were sure the pace was genuine.
In this video we tell the story of how Ferrari tried to get to the bottom of what it thought had gone wrong with the build of the car, which would take Schumacher to his seventh and final driver’s world championship title.