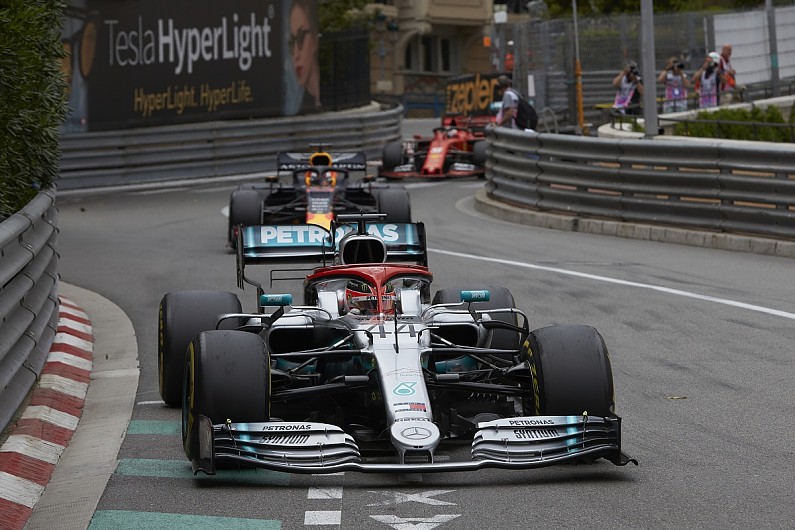 Video: The ‘daunting’ prospect of a Mercedes F1 engine upgrade

Mercedes remains unbeaten six races into the 2019 Formula 1 season, but is the only engine manufacturer yet to have introduced an upgraded specification.
Lewis Hamilton has claimed four of Mercedes’ six victories – which also includes five one-two finishes – and the world championship is expecting to get his hands on a more potent power unit for the upcoming Canadian Grand Prix.
Scott Mitchell and Edd Straw join Glenn Freeman to discuss how concerning a prospect that could be for Mercedes’ rivals, and why Hamilton believes his performances have only been “average” over the first six races of the campaign.