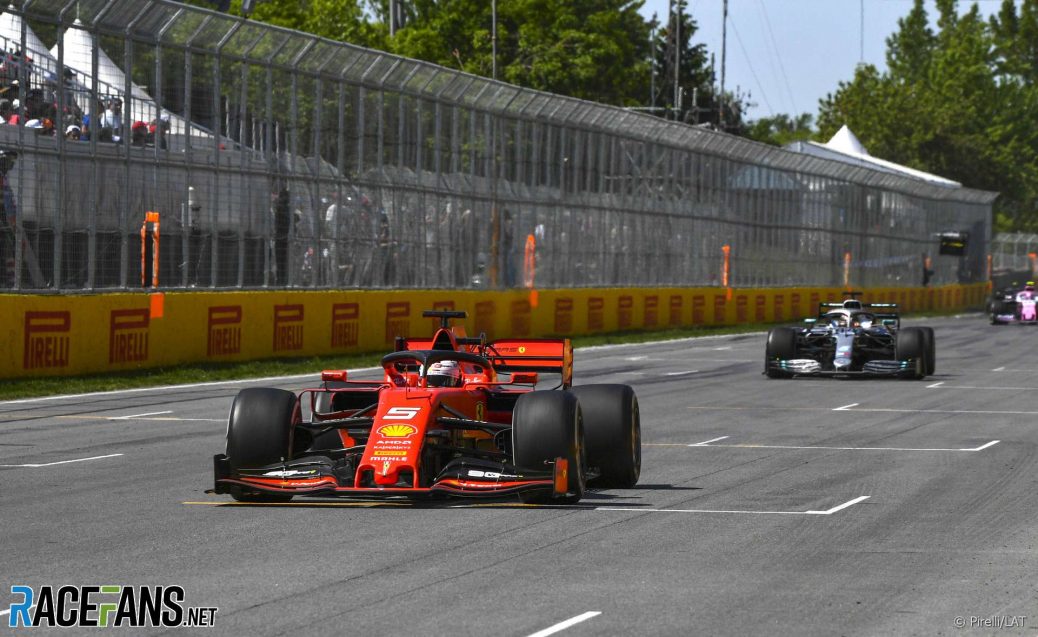 The penalty which cost Sebastian Vettel victory in the Canadian Grand Prix will be reviewed by the stewards tomorrow (Friday).
Vettel was given a five-second penalty, and two penalty points on his licence, for rejoining the track in an unsafe fashion after going off at turn three on lap 48.
Last year Williams requested a review of multiple incidents which occured during the Azerbaijan Grand Prix, but the stewards ruled unanimously the team had failed to present any “new significant and relevant element”.