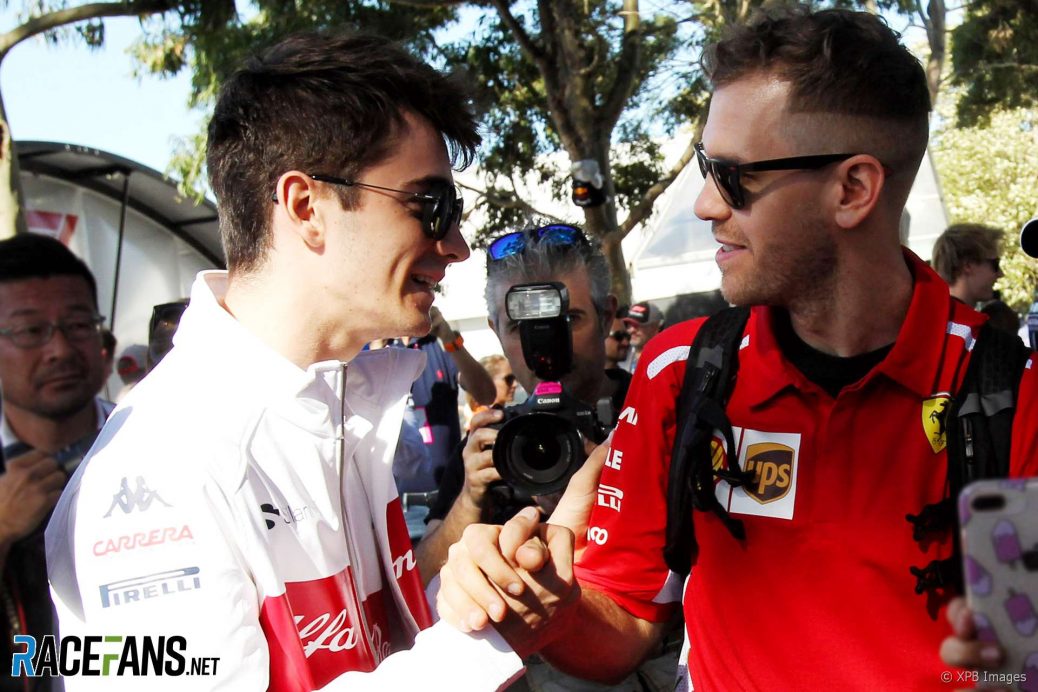 Charles Leclerc won’t make life at Ferrari as easy for Sebastian Vettel as Kimi Raikkonen did, Formula 1’s managing director of motorsport Ross Brawn has predicted.
Brawn, who led Ferrari to championship success with Michael Schumacher in the early 2000s, suggested Raikkonen was more prepared to help Vettel than Leclerc might be.
“I don’t imagine Charles Leclerc is going to be quite as accommodating as Kimi was on occasions,” Ross Brawn told the official F1 website.
However Brawn pointed out Leclerc will have to prove himself against a much tougher team mate than Marcus Ericsson in 2019.