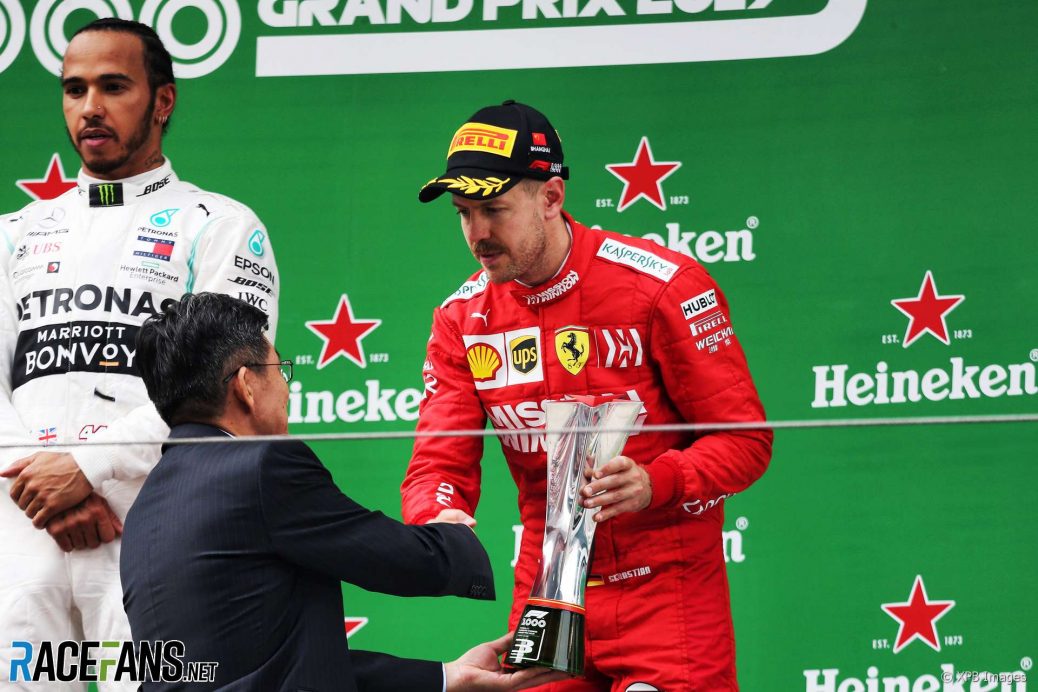 Sebastian Vettel wants Formula 1 races to have their own distinctive trophies instead of ones designed to look like sponsors’ logos.
The Ferrari driver: “When I started watching Formula 1 on TV some races had very iconic trophies in terms of design or material that they use.”
The Ferrari driver: “But the most boring thing is – if we have the title sponsor trophies on Sunday then that looks super-boring.”
Vettel criticised the trophy he was given after he won the Hungarian Grand Prix in 2015.