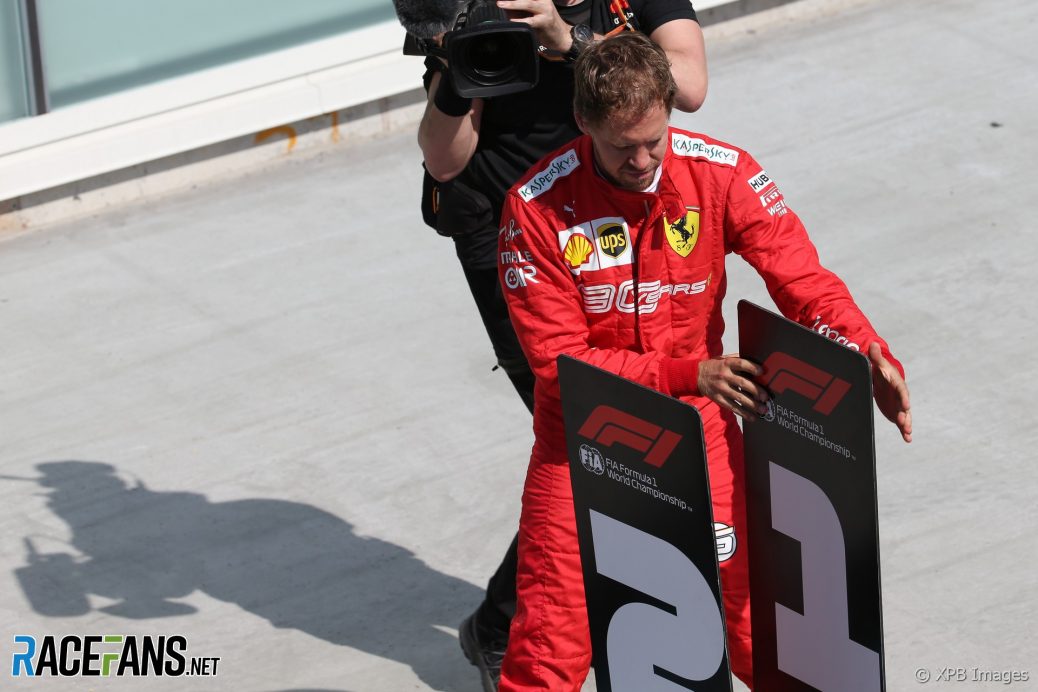 Sebastian Vettel has queried why the stewards took as long as they did to issue the penalty which cost him victory in the Canadian Grand Prix.
“I was surprised because the incident was like five, six, seven laps ago by the time I got that message,” said Sebastian Vettel.
Sebastian Vettel: “I disagree with the decision but I think also the fact they took so long.”
After he was told of the penalty Vettel complained several times about the decision, while he was trying to build enough of a gap over Hamilton to ensure he won the race.