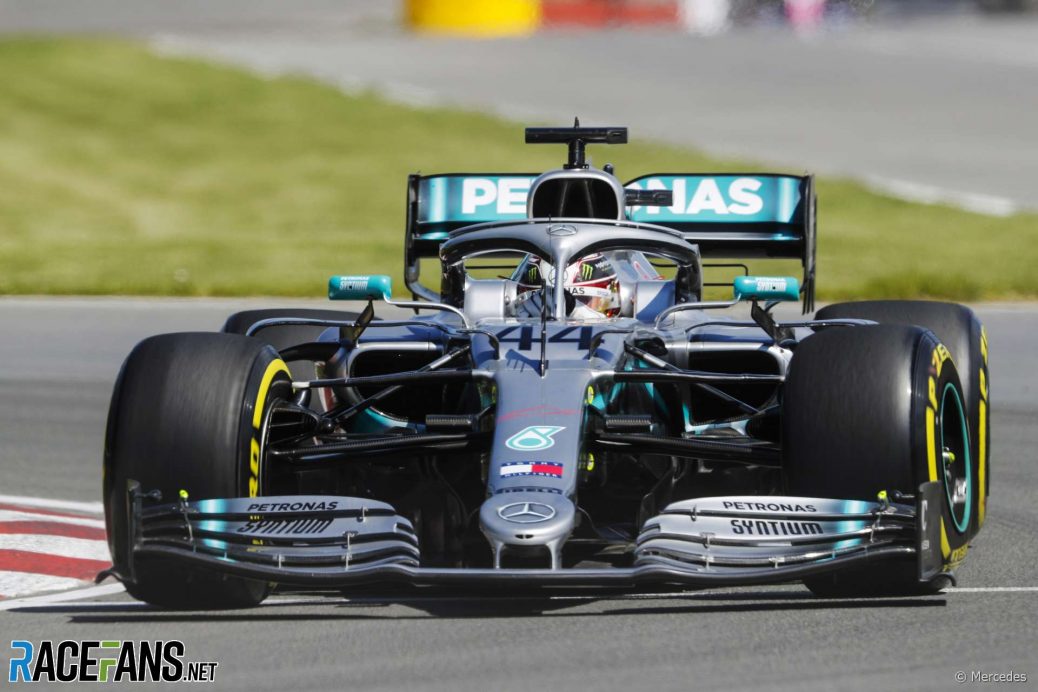 Lewis Hamilton has won the Canadian Grand Prix for the seventh time after Sebastian Vettel was given a penalty.
Hamilton quickly reported the incident on the radio and a few laps later the stewards handed down a five-second time penalty for Vettel.
An unhappy Vettel, who complained the stewards were “stealing the race from us”, finished the race a second ahead of Vettel, which relegated him to second place after his penalty.
He moved ahead of team mate Pierre Gasly along the way, who spent much of the race stuck behind Lance Stroll until the Racing Point driver pitted.