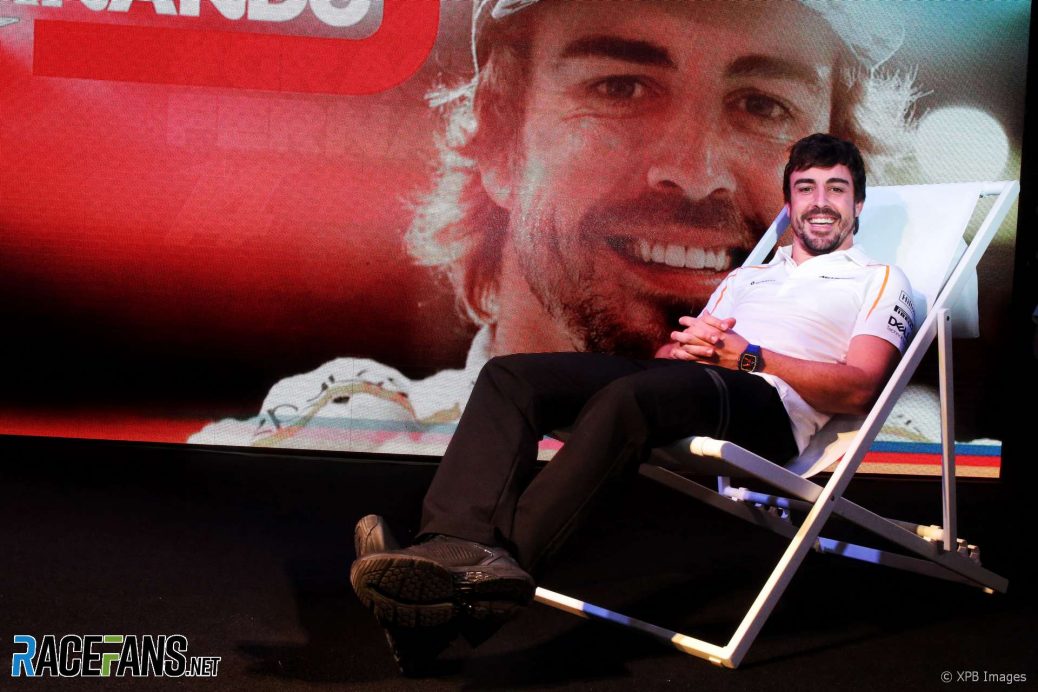 Vettel: ‘Maybe one or more of us will join Alonso’ | 2018 Abu Dhabi Grand Prix

Sebastian Vettel has hinted he could follow Fernando Alonso to race elsewhere outside of Formula 1 in the future.
Alonso bowed out of F1 after today’s Abu Dhabi Grand Prix.
Vettel, Alonso and race winner Lewis Hamilton celebrated by performing doughnuts at the end of the race.
“Obviously Lewis won the race, it’s Lewis’s year so I think even if it’s tough, you need to accept that,” said Sebastian Vettel.
“Maybe one or more of us will join him in whatever he does in the future, we’ll see.”