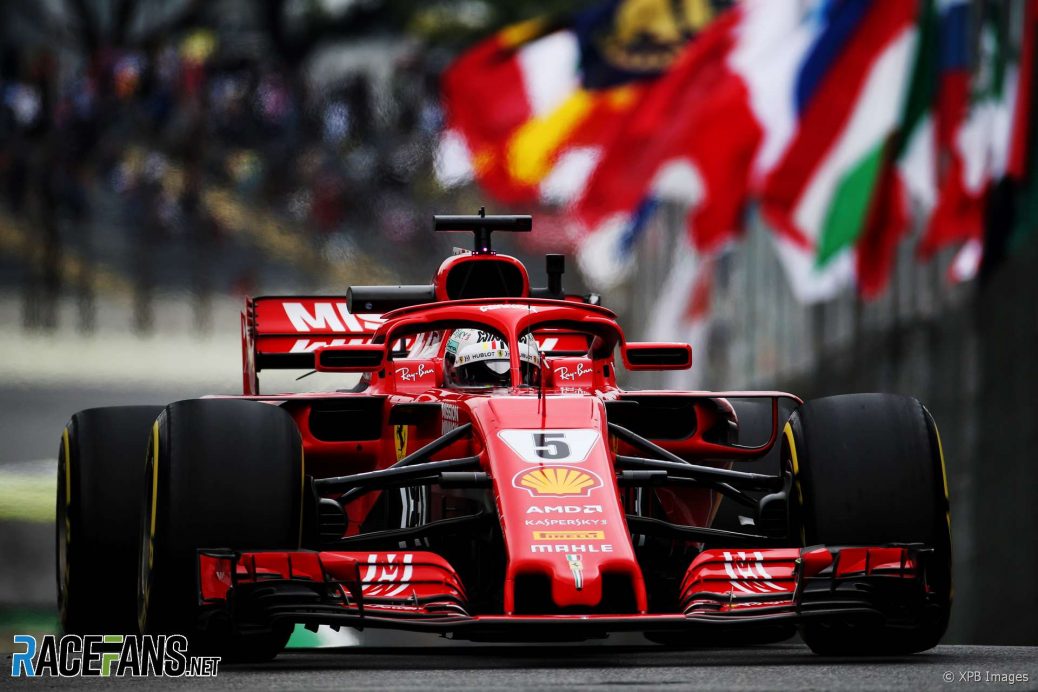 Sebastian Vettel set a new record lap time for the Interlagos circuit as he head Lewis Hamilton in the final practice session for the Brazilian Grand Prix.
The Ferrari driver set a best time of 1’07.948, over half a second faster than team mate Kimi Raikkonen, the pair separated by the two Mercedes driver.
Vettel beat the previous record, set by Valtteri Bottas in qualifying last year, by almost four-tenths of a second.
Hamilton recovered from an early setback to record the second-fastest time, two-tenths of a second behind Vettel.
Browse all 2018 Brazilian Grand Prix articles.