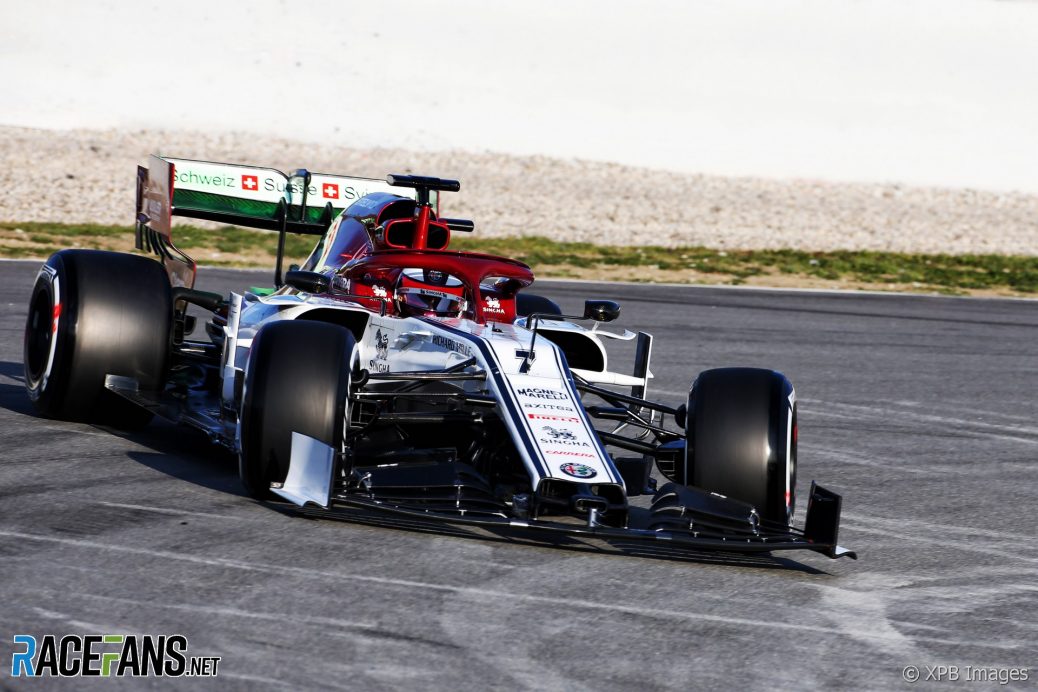 Sebastian Vettel comfortably led the first morning of testing for the 2019 F1 season at the Circuit de Catalunya in his new Ferrari.
In a productive start to the eight-day test, Vettel also covered the most laps of any driver – six more than a race distance at the home of the Circuit de Catalunya.
The new Racing Point chassis ran well out of the box for Sergio Perez, who set the second-quickest time of the morning.
Kimi Raikkonen had the unfortunate distinction of causing the first red flag of testing just five minutes after the session began.