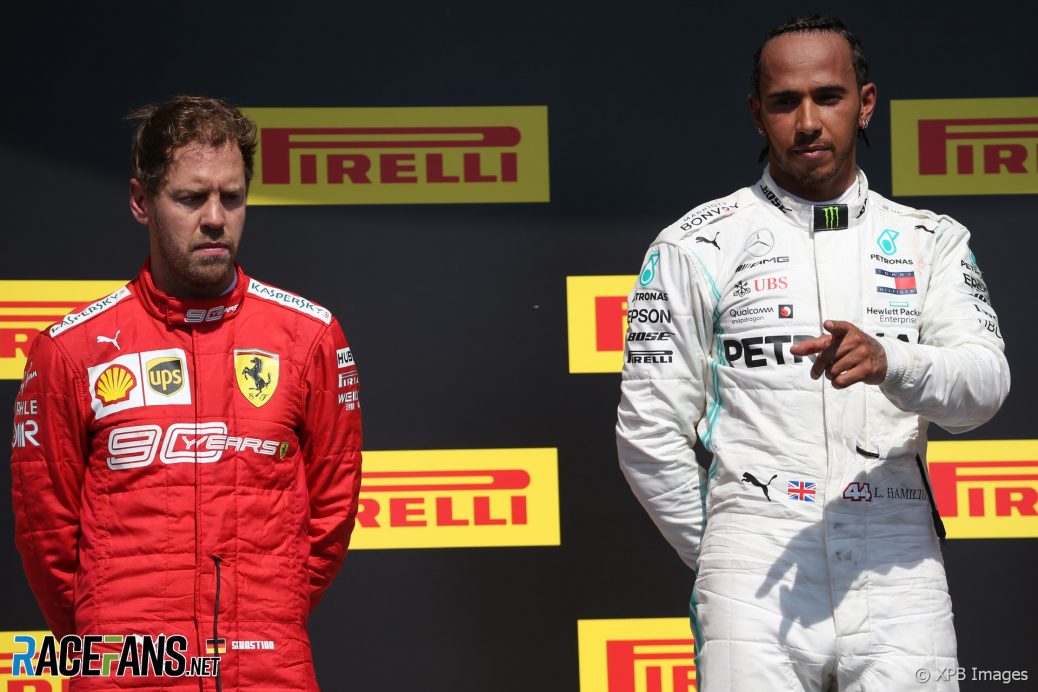 Sebastian Vettel was the first driver across the finishing line at the end of the Canadian Grand Prix – but he did not win the race.
Indeed the driver who benefited yesterday, Lewis Hamilton, was the last driver to lose a win due to a post-race penalty.
Peter Revson won the 1973 Canadian Grand Prix at Mosport despite the chequered flag originally having been shown first to Howden Ganley amid confusion over the introduction of the Safety Car.
In the ill-fated 1978 Italian Grand Prix Mario Andretti and Gilles Villeneuve finished first and second on the road but were penalised a minute for jumping the start, handing victory to Niki Lauda.