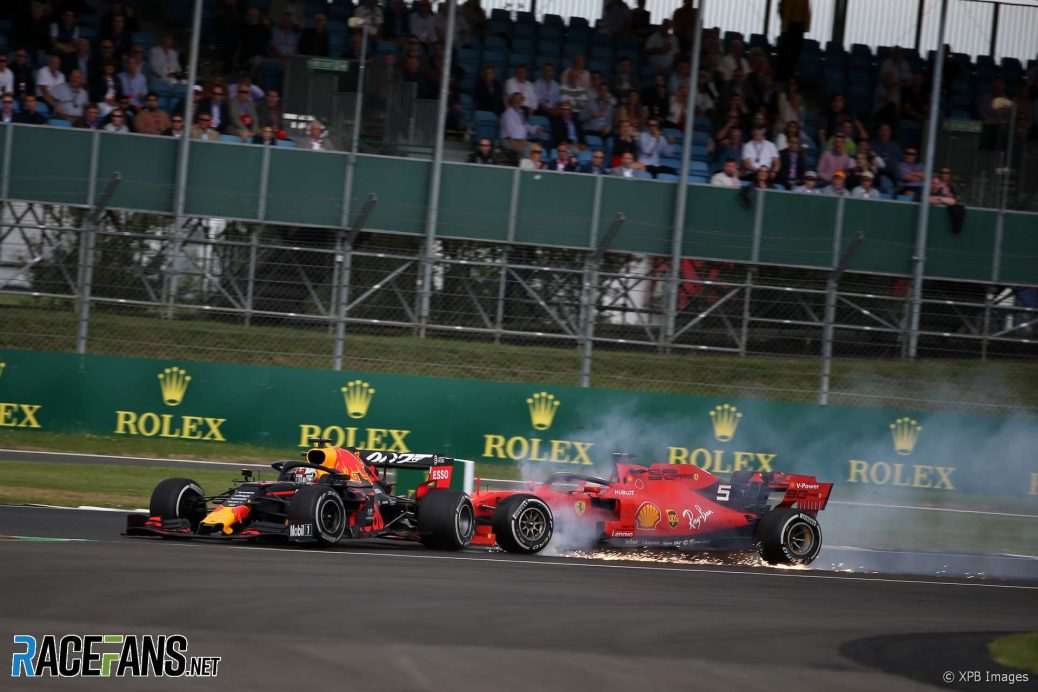 Sebastian Vettel has been given two penalty points on his licences for crashing into Max Verstappen during the British Grand Prix.
The stewards pinned the blame for the crash entirely on the Ferrari driver.
“The stewards reviewed the video evidence which showed car 5 locked wheels under braking and collided with the rear of car 33.”
“The Stewards concluded that the driver of car 5 was wholly to blame for the incident.”
Vettel has now moved onto a total of six penalty points, halfway towards a one-race ban.
Browse all 2019 F1 season articles.