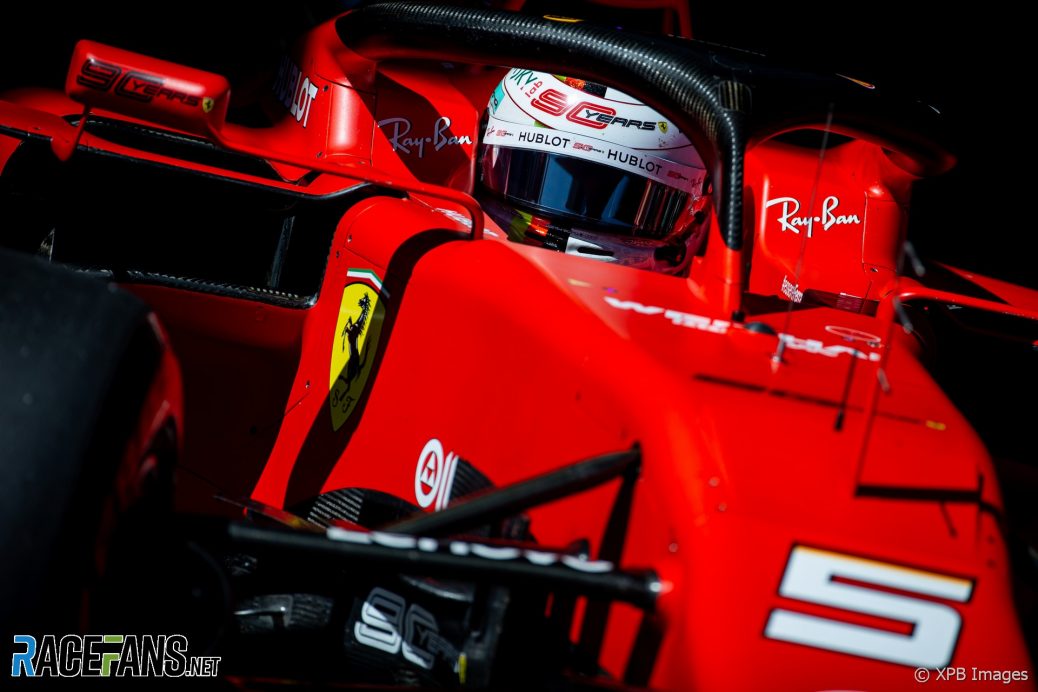 Sebastian Vettel admitted he was frustrated he couldn’t participate in Q3 after a pneumatic problem sidelined his Ferrari halfway through qualifying.
“The car was broken so we couldn’t fire it up and go,” Sebastian Vettel explained after qualifying.
Sebastian Vettel: “We fairly quickly made the decision to change but it’s not so easy.”
Sebastian Vettel: “We had to, obviously, take the bodywork off, it’s not too easy.”
Vettel qualified tenth but will move up to ninth following Kevin Magnussen’s penalty.
However Vettel said he was pleased to see team mate Charles Leclerc take pole position.