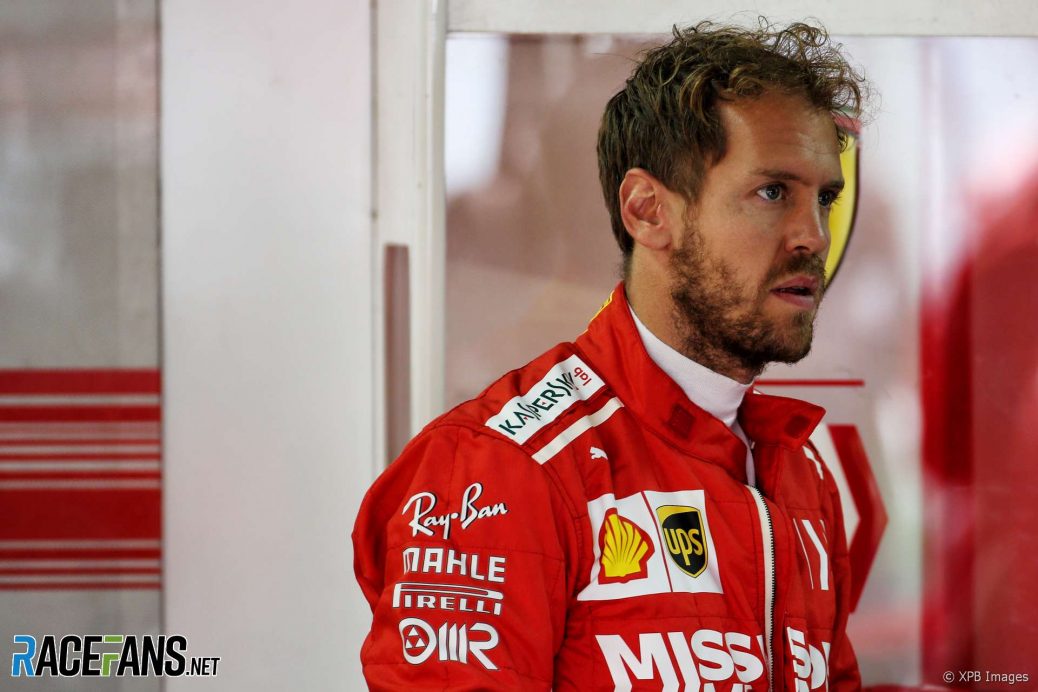 Sebastian Vettel is under investigation by the stewards for “destroying” a set of scales at the weighbridge during qualifying for the Brazilian Grand Prix.
However the FIA technical delegate Jo Bauer reported Vettel failed to turn his engine off and drove away under his own power, damaging the scales.
“During the second qualifying session at 15:27, the driver of car number five [Vettel], when called for weighing, refused to turn off the engine.”
“After weighing the driver drove off the scales under its own power, and by doing so, he destroyed the scales.”