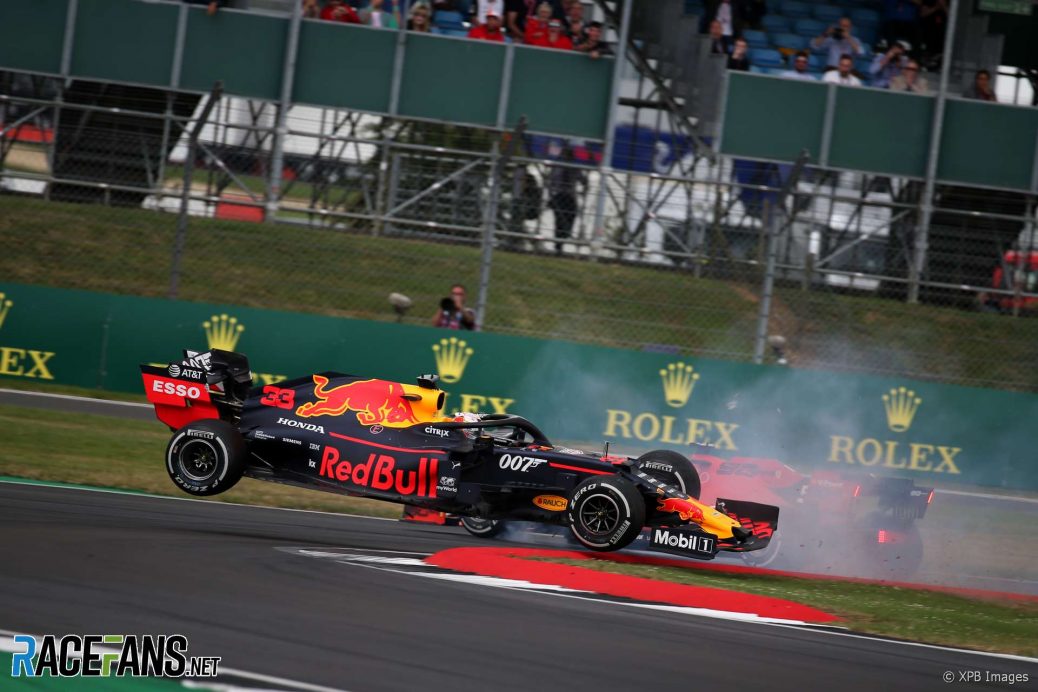 Max Verstappen could have finished as high as second if he hadn’t been hit by Sebastian Vettel, says Christian Horner.
He was on course to inherit take place from Valtteri Bottas, who needed to make a second pit stop.
“Obviously from our perspective it was very frustrating because it knocked Max off a guaranteed podium,” said Christian Horner.
Horner admitted he was relieved Verstappen finished at all after his car was launched off a sausage kerb and through a gravel trap.
Christian Horner: “So [it’s] frustrating because it obviously made a great pass on set.”