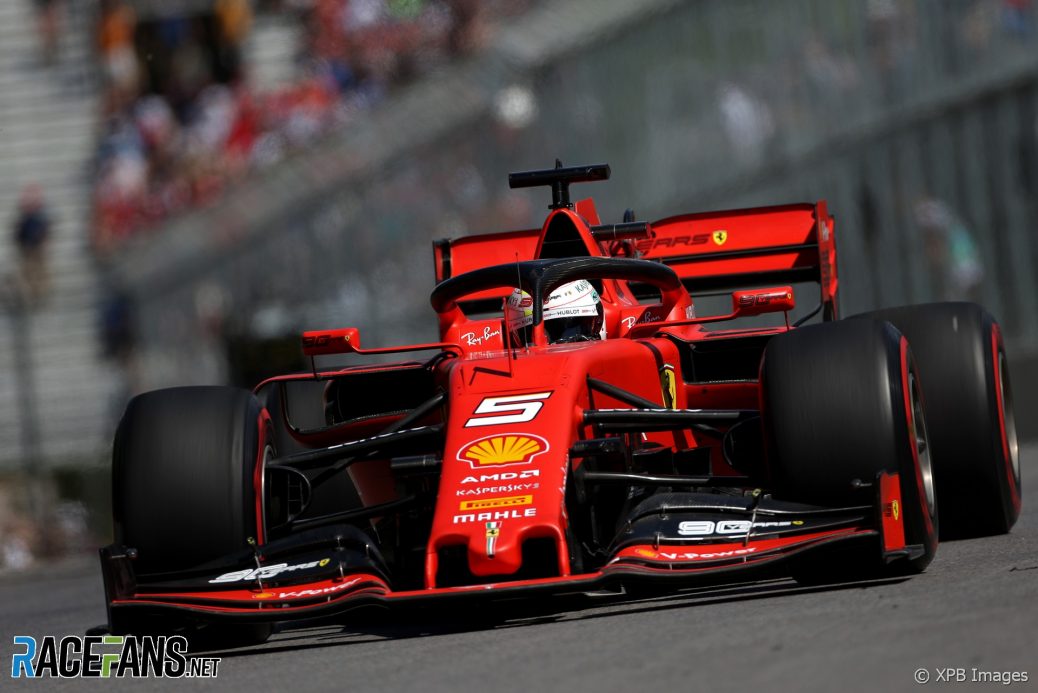 He and team mate Charles Leclerc headed the times after Lewis Hamilton crashed his Mercedes in second practice.
However Vettel said after the session he believes: “We’re not the fastest.
The quickest Ferrari had been almost a second slower than Hamilton’s car during first practice and Vettel believes Mercedes can still make up more time than Ferrari in the corners.
Sebastian Vettel: “Also the car feels not yet the way I want it.”
Vettel said he is also concerned about the durability of the soft compound tyres at the Circuit Gilles Villeneuve.