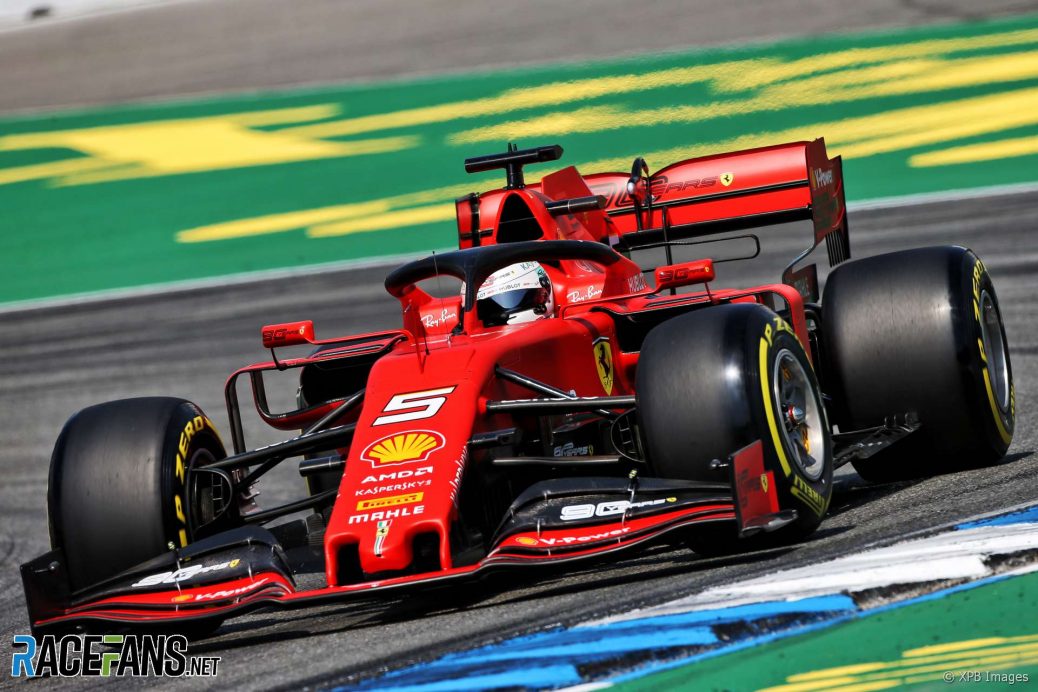 Sebastian Vettel admitted he felt “bitter” after he was unable to set a time in qualifying due to a technical problem with his car.
“I don’t know what happened,” said Vettel of the problem which forced him into the pits in Q1.
Sebastian Vettel: “Obviously [it’s] very bitter.”
Vettel said he had been encouraged by the changes made to his car ahead of qualifying.
“I think the car was good,” Sebastian Vettel said.
For Vettel, this was the second time in three race weekends a technical problem has prevented him from setting a time in qualifying.