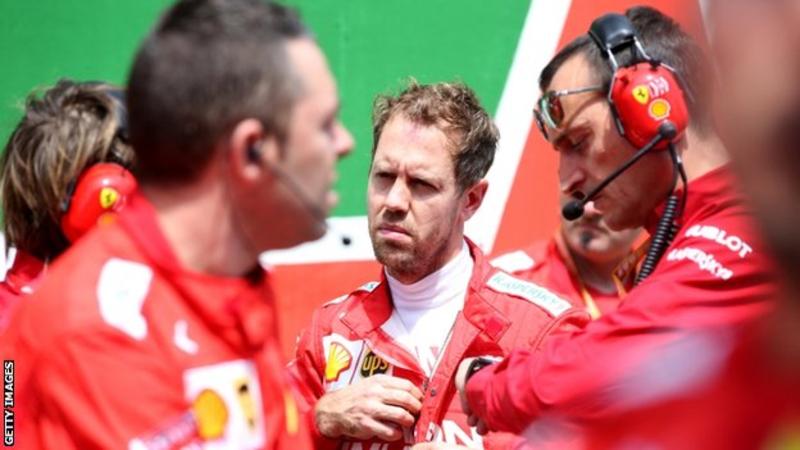 Ferrari team principal Mattia Binotto says Sebastian Vettel and Charles Leclerc are aware their Brazilian Grand Prix collision was “not acceptable”.
“We discussed together and I think that they understand what happened was not acceptable,” Mattia Binotto said.
Both drivers were forced to retire from the race in Brazil as a result of the damage to their cars caused by the crash, as the impact of the collision broke Leclerc’s front suspension and gave Vettel a rear puncture.
Binotto, answering fans questions in a video question-and-answer session, added: “You could think that they are in conflict on the track, but that is not the case.