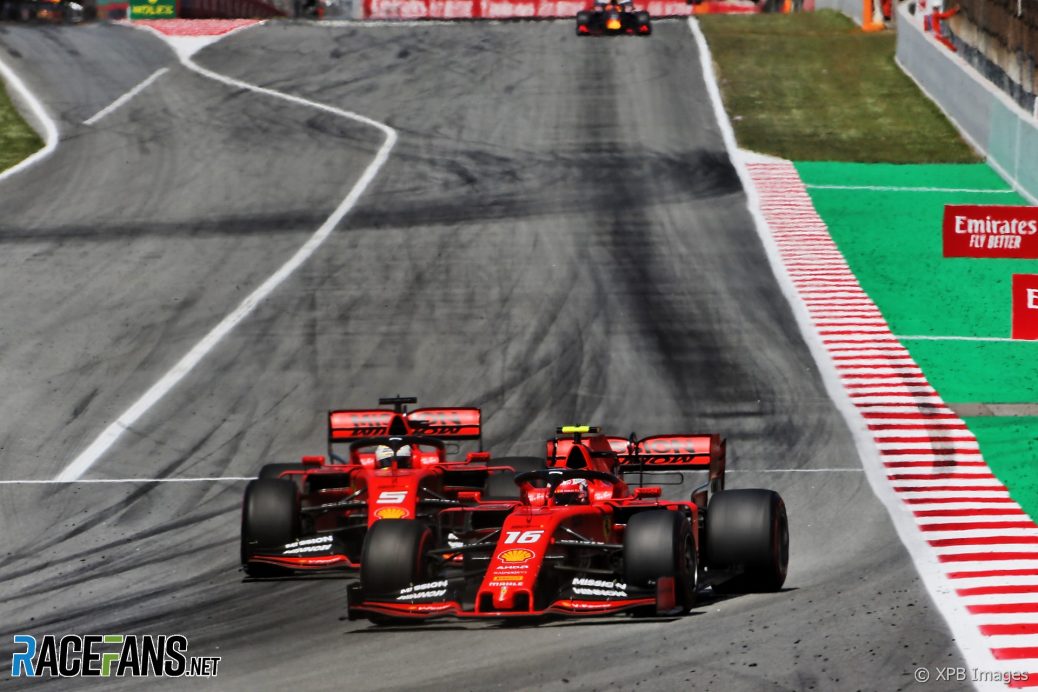 Sebastian Vettel says the scrutiny of Ferrari’s team tactics is making it harder for the team to be “reactive”.
Despite the time lost switching positions, Sebastian Vettel believes the team “more or less maximised the points” available to them.
Sebastian Vettel: “I think I had a shot at the podium but obviously in turn one with the flat spot in the first stint compromised by own race.”
Vettel caught Leclerc after the pair had made their first pit stops and urged the team to switch their cars for the second time in the race.