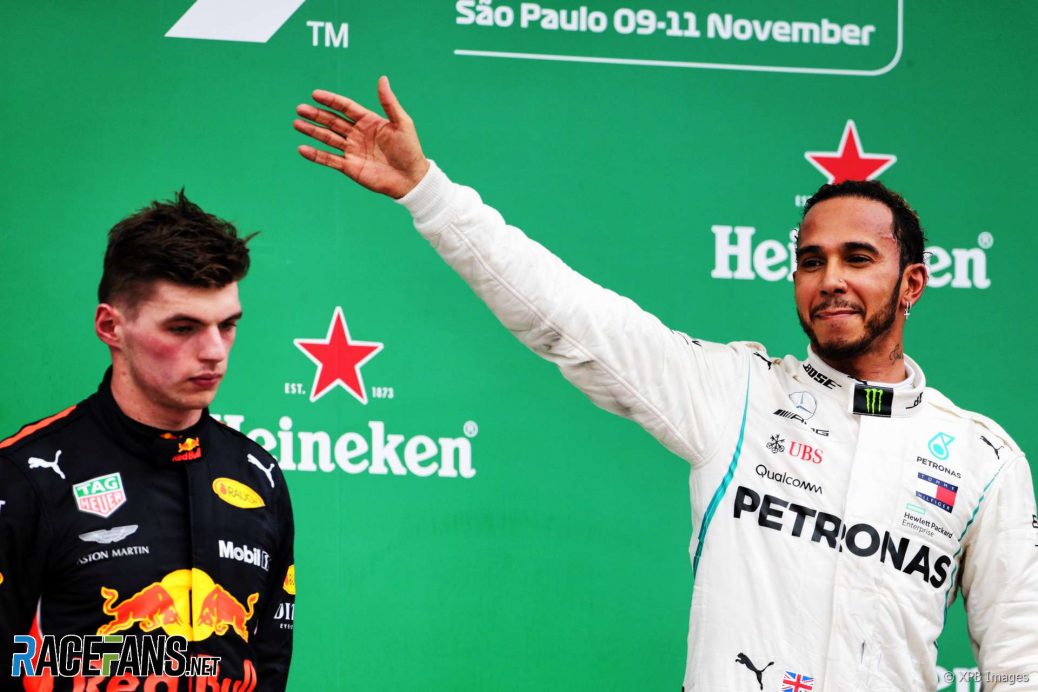 Basking in the glory of his 10th victory of 2018, and a fifth consecutive constructors’ championship for his team, Lewis Hamilton referred to this final laps of the Brazilian Grand Prix as “how racing should be.”
Max Verstappen, sitting to Hamilton’s right in the post-race press conference, no doubt saw it differently.
So as lap two began it seemed Hamilton had his team mate as a useful buffer against the Ferraris, whose harder tyres surely made them the greater long-term threat to his hopes of winning.
With fresher tyres and DRS, Verstappen nosed ahead of Hamilton as they began lap 40.