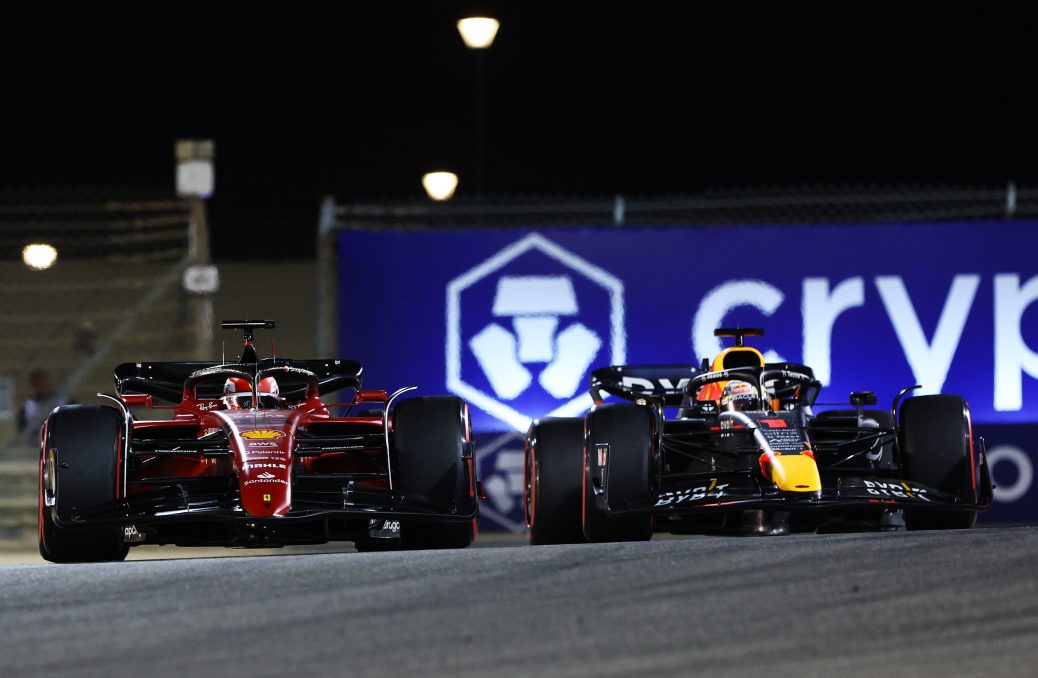 Verstappen was less aggressive to Leclerc than he was to Hamilton, claims Brundle after witnessing battle in Bahrain

MAX VERSTAPPEN was less aggressive towards Charles Leclerc in Bahrain than he was in his track war with Lewis Hamilton last season, claims F1 pundit Martin Brundle. The pair traded the lead in the Middle East for several laps but it was Leclerc who eventually claimed the win. However, as Brundle highlighted, the battle was in a much fairer manner compared to Verstappen and Hamilton’s over the 2021 Drivers’ Championship. “Verstappen’s defence was firm but very fair, and with significantly less aggression than he dished out to Hamilton last season. “Indeed, it was Leclerc who sliced across his nose into turn four on one occasion. And the sequences involving Verstappen and Leclerc suggest F1 has succeeded in that.