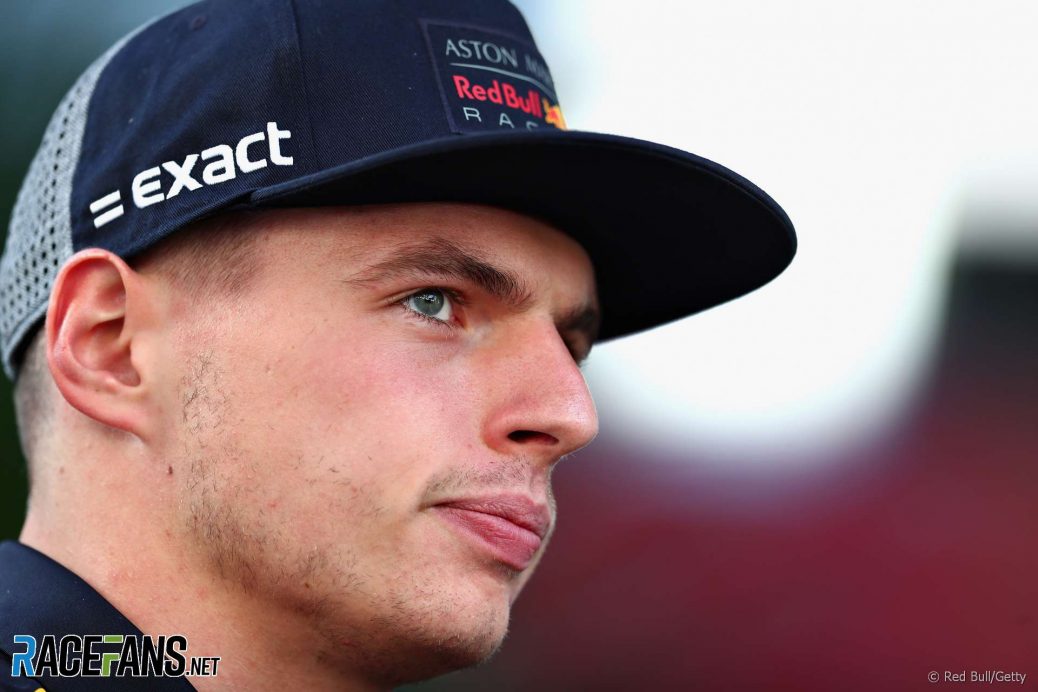 Max Verstappen will work with FIA stewards at this weekend’s Formula E race in Morocco as part of the ‘public service’ punishment for his behaviour at the Brazilian Grand Prix.
The Red Bull driver was ordered to “perform two days of public service at the direction of the FIA” after repeatedly shoving Esteban Ocon following the race, which took place two months ago today.
Ocon had collided with Verstappen while being lapped by the race leader.
Verstappen is due to arrive at the circuit in time for the beginning of activities for the second round of the 2018-19 Formula E season tomorrow.