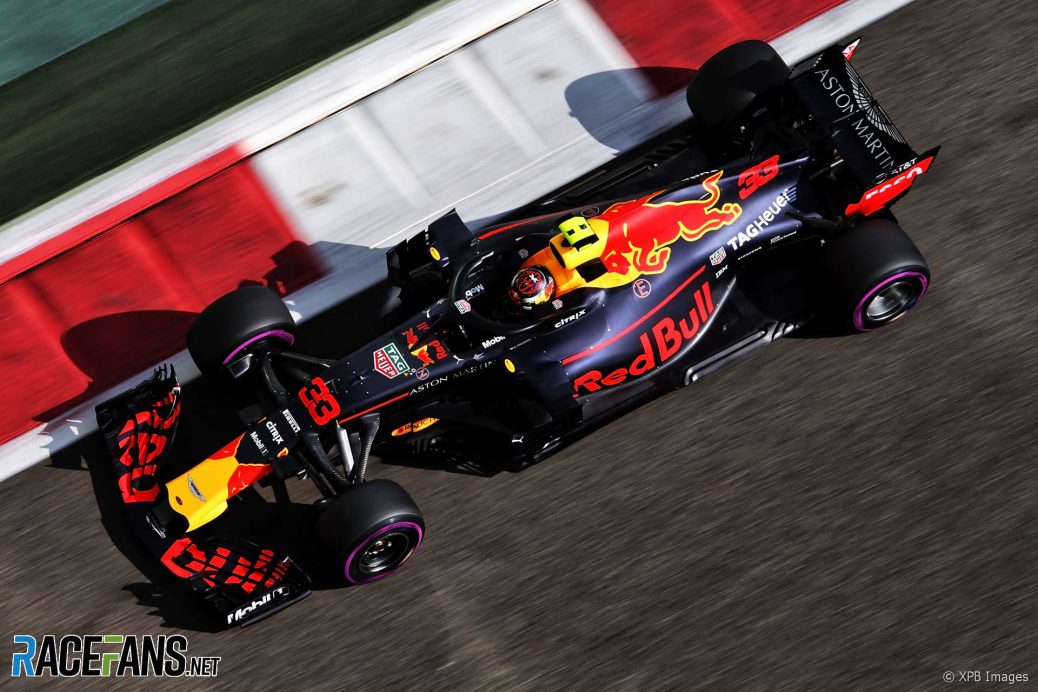 Max Verstappen says he isn’t necessarily at a disadvantage by being the only driver among the top three teams to start the Abu Dhabi Grand Prix on hyper-soft tyres.
Max Verstappen: “And of course you keep on trying, it’s not working, and then I went off.”
Before his final run in Q3 Verstappen told his team “we have to find a way of keeping the rear tyre temps under control”.
Afterwards Verstappen explained his tyres were “a bit hot – I think they were too hot already before, then I went out of the box and they were even warmer.