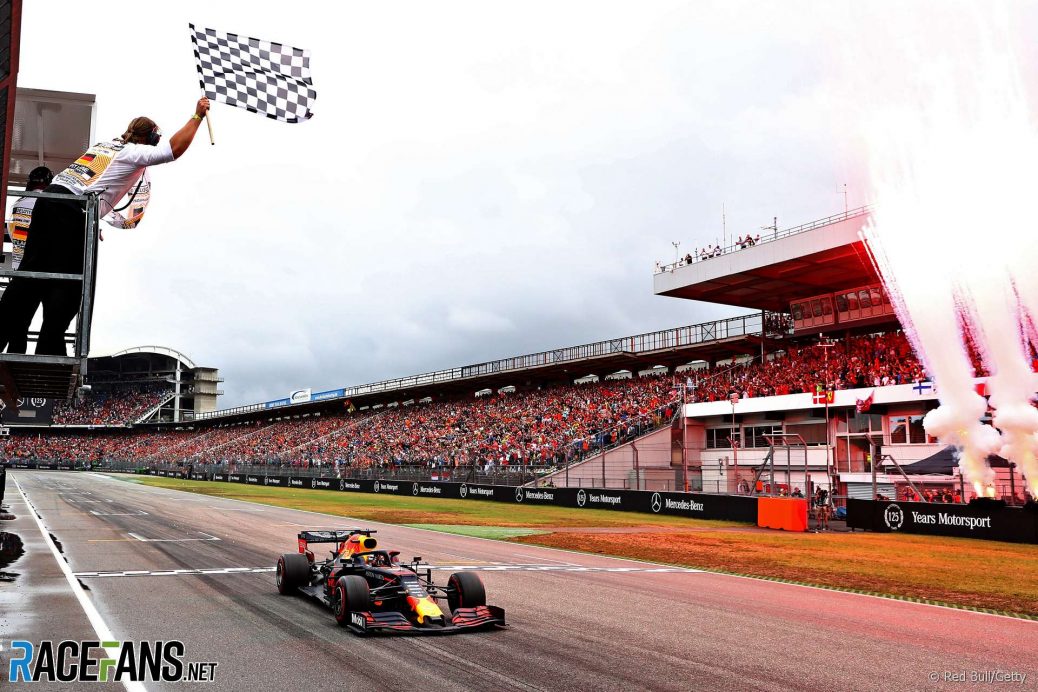 It wasn’t there long, however: The VF-19 was demoted by Bottas, then Verstappen, who had passed Raikkonen before the Safety Car appeared.
Behind Hamilton, Verstappen was just about able to keep in touch with Bottas, and drew a little closer to the Mercedes after Daniel Ricciardo’s expired Renault power unit caused a brief Virtual Safety Car period.
Bottas came in on the next lap, took the same tyres and rejoined the track ahead of Verstappen.
Verstappen’s victory and Vettel’s climb to second proved a popular result with the crowd, many of which were in Ferrari red or Verstappen orange.