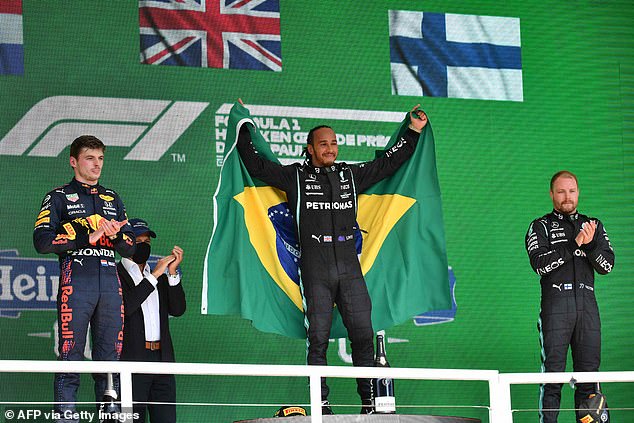 ‘Verstappen should get a five place grid penalty for next race’: F1 fans call for Red Bull driver to be penalised after his on-board footage from Sao Paulo GP is FINALLY released in which he avoided any punishment for running Lewis Hamilton off track

Formula One fans have called for Max Verstappen to receive a penalty after on-board footage of his tussle with Lewis Hamilton in Brazil was finally released. Stewards decided that no investigation was necessary with it later being revealed that the FIA did not have all the footage to review during the race. F1 race director Michael Masi said Verstappen’s on-board footage could be ‘the smoking gun’ that decided whether the title leader was at fault. Some fans have suggested that Verstappen let the car run wide and didn’t attempt to make the apex of the corner. However, there was some that said they didn’t think the footage was as bad as what they had expected and that the stewards made the right decision. Too bad we couldn’t see this during it (or) directly after the race.’.