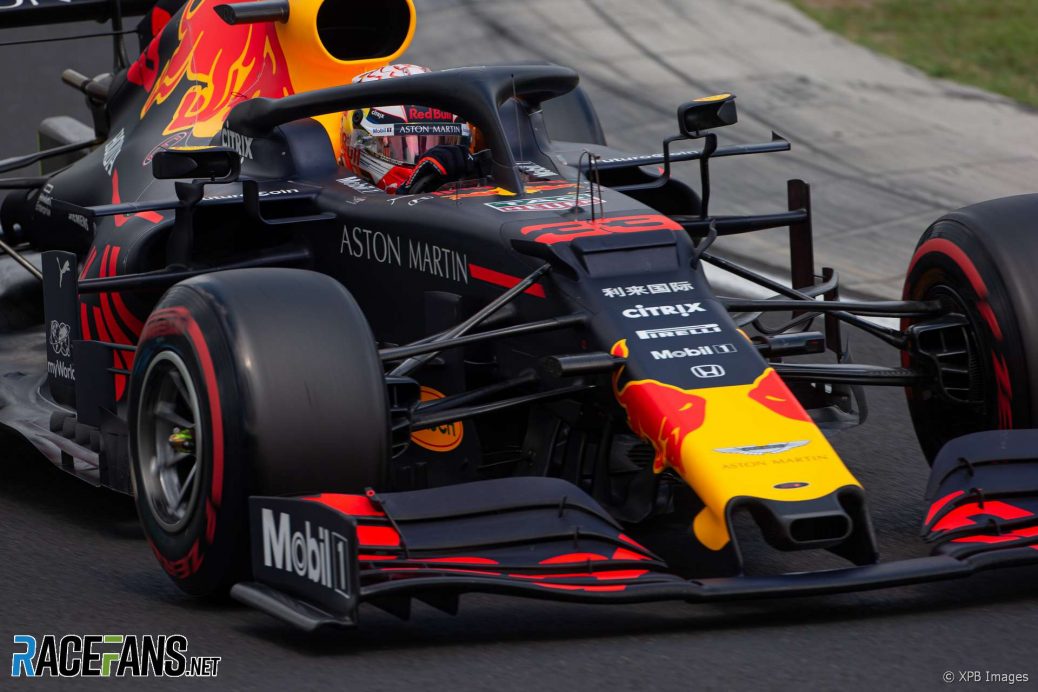 Max Verstappen has chosen more sets of the softest tyres available for the Italian Grand Prix than any of his front-running rivals.
The Red Bull driver will have 10 sets of the soft tyres available at Monza.
These will be the C4 compound, which is the second-softest tyre in Pirelli’s range.
Although Verstappen’s new team mate Alexander Albon will take over the allocation selected for his predecessor Pierre Gasly, and vice-versa, both had chosen the same tyres anyway, and will have nine sets of softs.
The Racing Point drivers are the only ones besides Verstappen to have chosen 10 sets of softs.