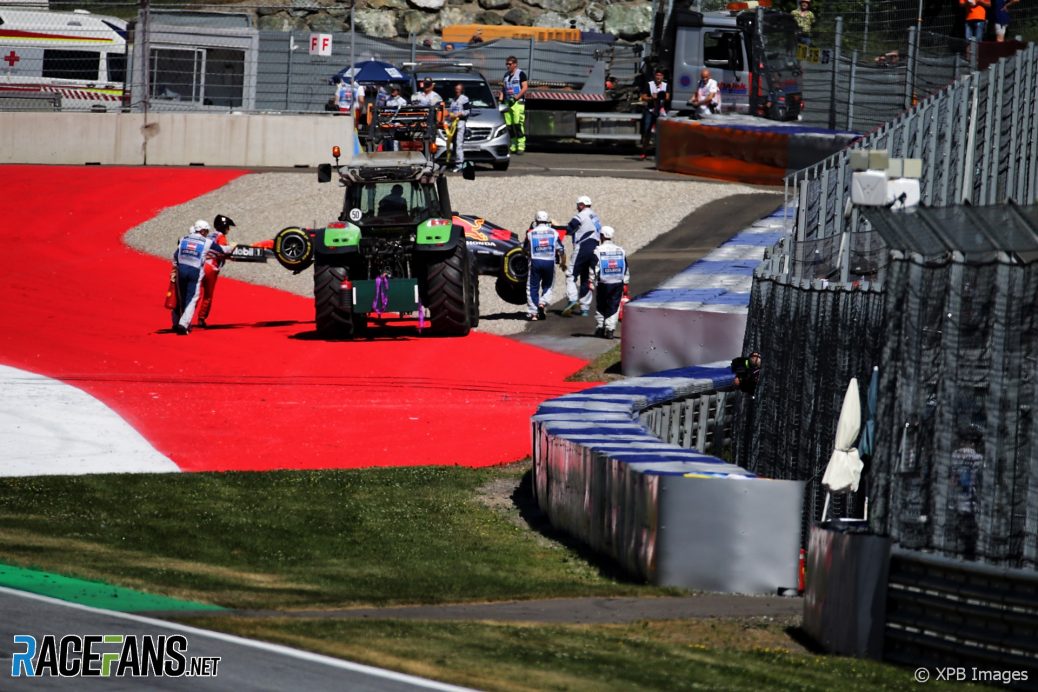 Max Verstappen says wind levels were a problem throughout second practice following his crash at the Red Bull Ring.
Verstappen spun his Red Bull into the wall at turn 10, causing heavy damage to his car.
Sebastian Vettel went off at the same corner as Verstappen, but avoided the barriers, while Valtteri Bottas crashed his Mercedes at turn six.
“This year the cars in general are more sensitive to the wind,” said Max Verstappen.
Although his team mate ended the session with the second-fastest time, Verstappen is unsure whether he’ll be able to qualify in the first two row.