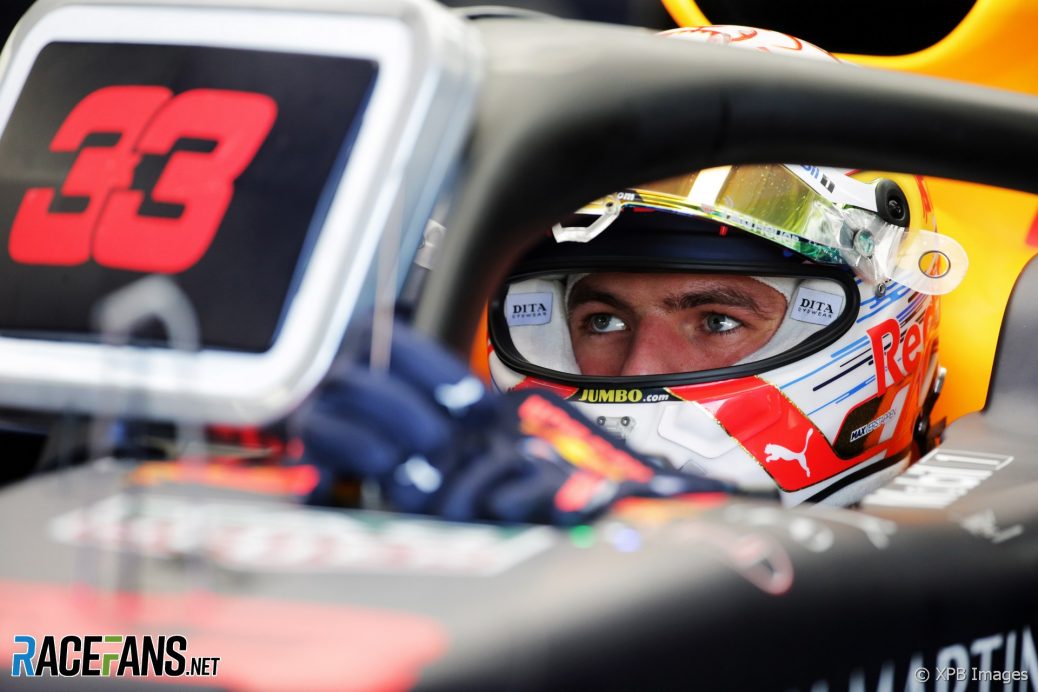 Max Verstappen doubts McLaren will be a threat to Red Bull in the French Grand Prix despite qualifying just nine-thousandths of a second ahead of them.
The Red Bull driver believes McLaren’s qualifying performance was flattered by their Renault power unit’s high power mode.
Red Bull: “They have a power mode in qualifying, quite a strong one, so I should be alright.”
Verstappen admitted McLaren have made progress since the season began but pointed out he lost time at the end of his lap in qualifying.
Paul Ricard: “Especially with the difficulties we had this morning I think the car we had in qualifying was not that bad.”