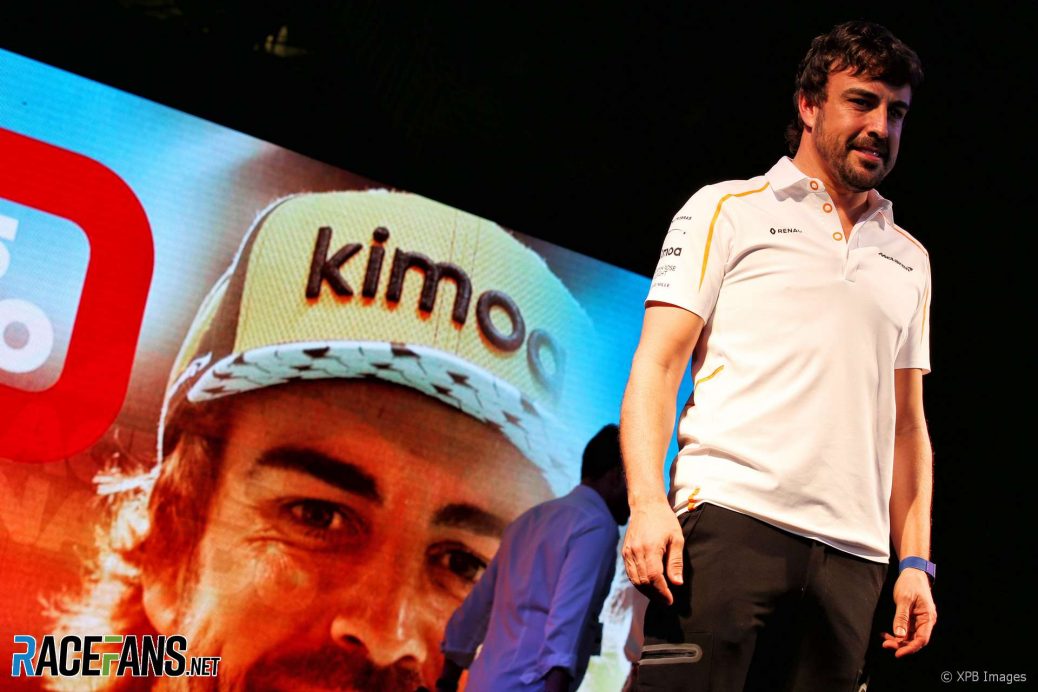 Max Verstappen says he wished he’d had the chance to race properly with Fernando Alonso during his F1 career.
Alonso will start his final planned F1 race for McLaren today.
The pair first appeared in the same race at Sepang in 2015, but as Verstappen explained their paths have seldom crossed on-track.
Verstappen said he doesn’t have a relationship with Alonso outside F1 but there is respect between the two of them.
Valtteri Bottas said he considered Alonso a “legend” when he watch him win the world championship for Renault in 2005 and 2006.